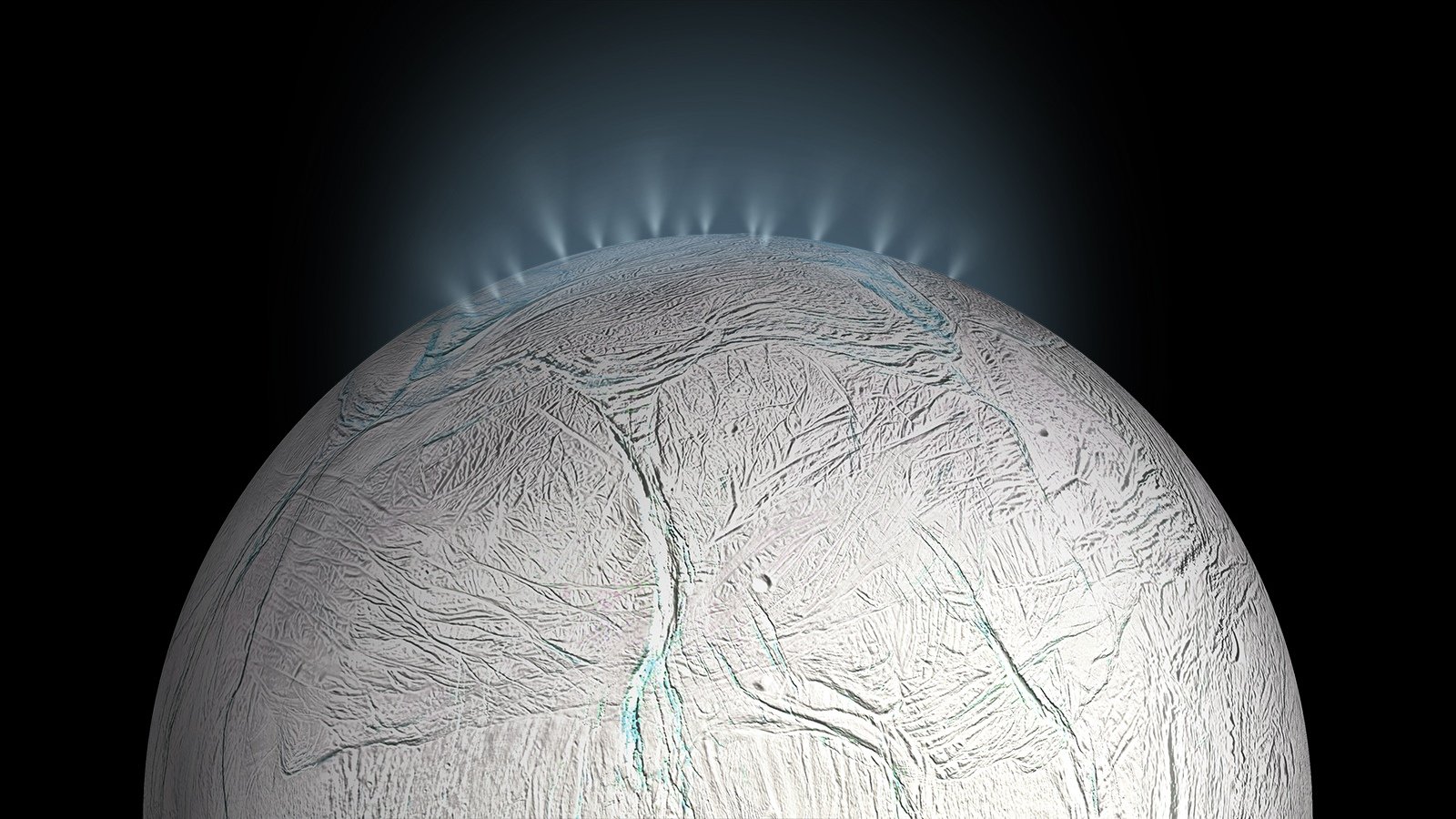 
The universe is ancient & infinite. This means there’s an incredibly high likelihood that extraterrestrial life is out there. But why haven’t we found it yet? Or why haven’t they found us yet? Have they already? Scientists continue to search for answers.

Unfortunately, scientists are largely limited to the scope of our solar system right now. But research in our vast solar system has recently proven to be quite fruitful. Scientists are making new discoveries that expand our understanding of life in the universe. Venus, for example, has shown signs of life in its atmosphere.

We’re here to share one of the latest developments in the scientific solar system search – the presence of fresh ice on Enceladus (one of Saturn’s many moons.) The latest discovery of ice on Enceladus’s surface suggests that the moon may harbor the necessary energy levels to support alien life. 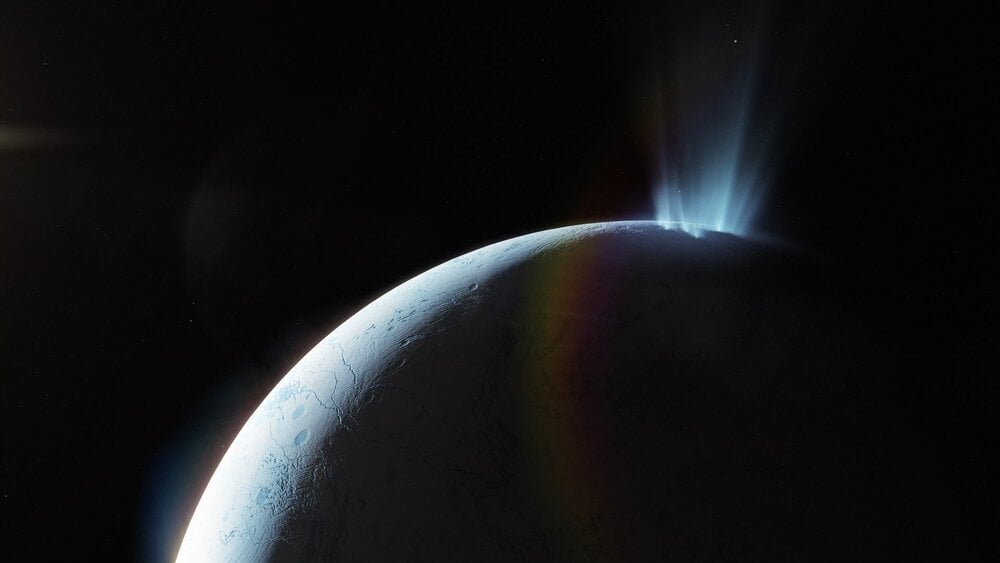 Alien life experts at NASA have been closely studying Enceladus for signs of life because it was identified as a likely candidate for hosting alien life forms. Enceladus is Saturn’s sixth largest moon (of eighty-two) and has proven to be one of the most scientifically compelling.

Enceladus is blanketed in clean ice, expanding over its rigid & cratered terrains. Using data captured by the Cassini spacecraft, scientists were able to craft detailed images of Enceladus. Cassini (now dead) used its visible & infrared mapping spectrometer (VIMS) to collect light reflected from Saturn. This reflected light was filtered into wavelengths, allowing scientists to get a good look at the global spectral map. 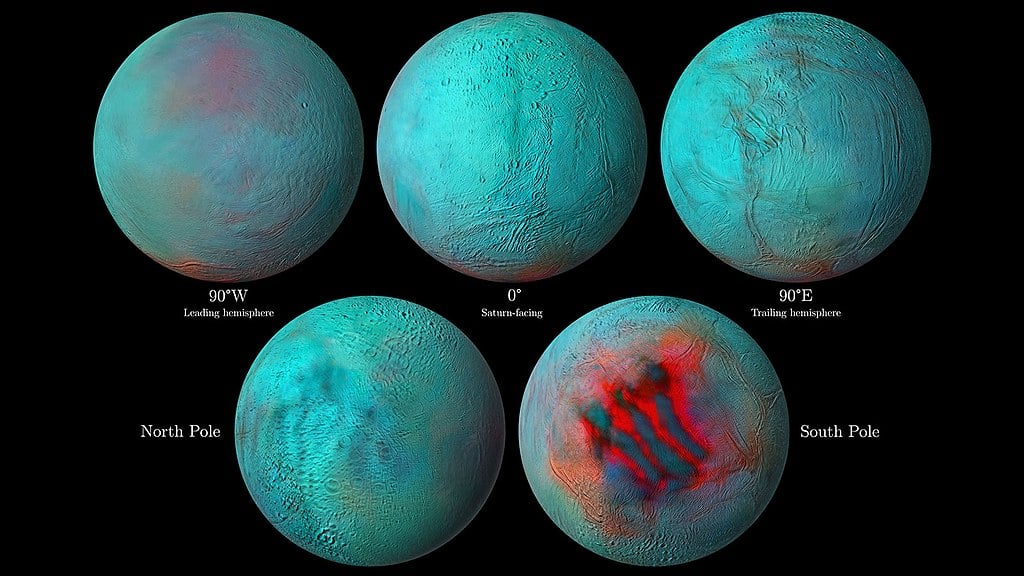 These mapped images unveiled a shocking amount of geologic activity – more than they had originally thought. With this data assembled, scientists are compelled to believe that Enceladus has been resurfaced with ice from its core. Back in 2005, NASA scientists uncovered that Enceladus ejects huge amounts of ice grains & vapor from a subterranean ocean resting underneath the moon’s icy crust.

Analyzing this new spectral map, scientists observed that infrared signals correlate with the geologic activity (most visible at Enceladus’s south pole). Heat signatures from the activity show up on the map and highlight certain “tiger stripe” gashes which spew out ice & vapor from the ocean deep below the surface. 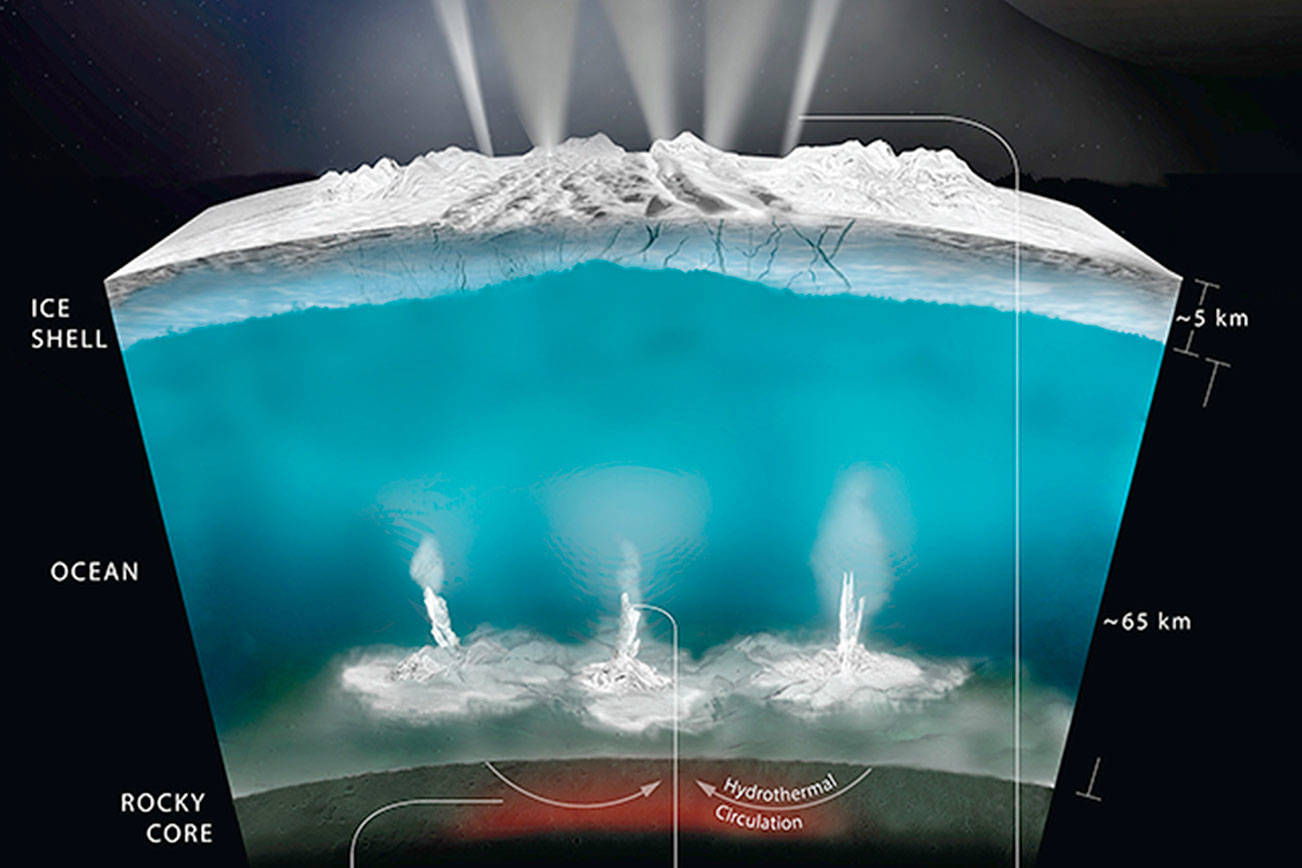 These infrared features that have captured scientists’s eyes appear in both the southern & northern hemispheres. This universal geologic activity suggests that the icy surface may be relatively new & fresh. Dr. Gabriel Tobie, VIMS scientist with the University of Nantes, breaks it down:

“The infrared shows us that the surface of the south pole is young, which is not a surprise because we knew about the jets that blast icy material there. Now, thanks to these infrared eyes, you can go back in time and say that one large region in the northern hemisphere appears also young and was probably active not that long ago, in geologic timelines.” 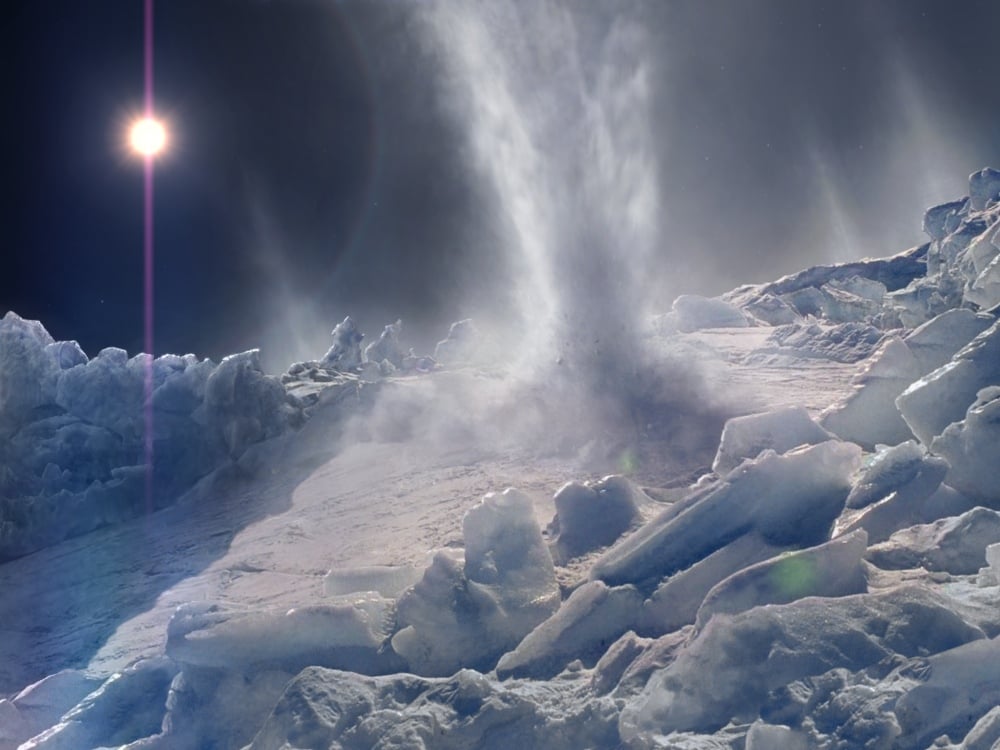 Hundreds of geysers spew up from Enceladus and shoot into space, its ocean likely heated & churned by hydrothermal vents similar to the ones on Earth’s oceanic floor. Earth’s deep-sea hydrothermal vents support astonishing life through chemical reactions. With a similar source of heat & energy, Enceladus could certainly be a promising host for alien life.

Currently there are no future missions planned to explore Enceladus further. However, scientists have proposed the idea of further study. While they wait for the opportunity to launch new missions, the researchers pour over data-rich collections from older missions.