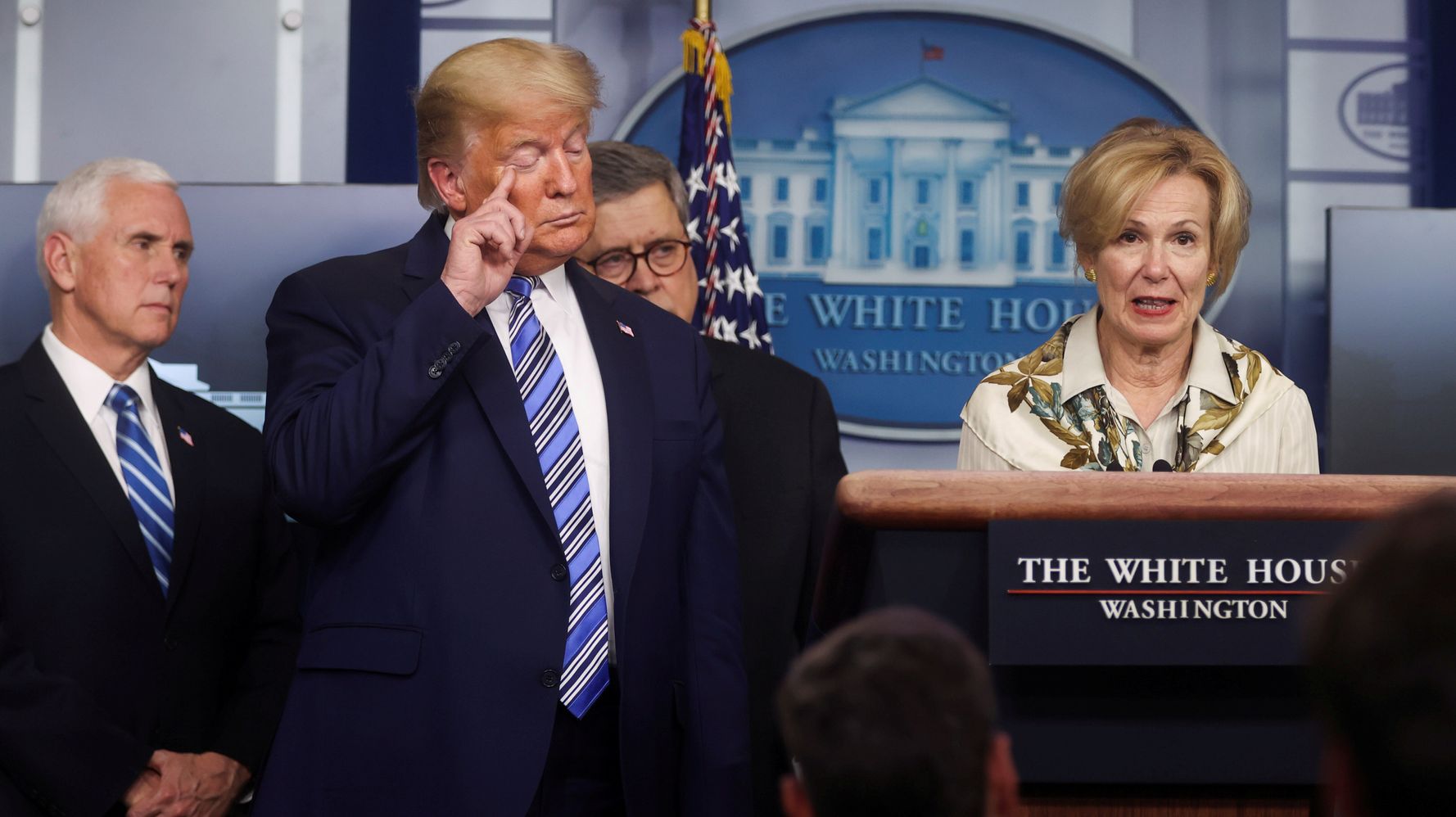 On April 10, President Donald Trump gave somber remarks on COVID-19, which by then had been spreading in the U.S. for months. He cited models that it would kill as many as 220,000 Americans ― although he predicted “substantially” below 100,000 ― and said “our people had to be extremely strong and brave to be able to put up with what they’ve put up with.”

Five months later, the nation is hurting even more. The U.S. surpassed 200,000 COVID-19 deaths on Tuesday ― losing enough people to fill nearly four gigantic football stadiums, or 131 times the number lost in the sinking of the Titanic. It’s indisputable that tens of thousands of further deaths lie ahead. A University of Washington model that almost exactly pinpointed when the country would cross the 200,000 mark now envisions nearly 400,000 deaths by Jan. 1.

Past predictions were wrong, not just because of the difficulty of modeling a novel virus’s spread but because they relied on an assumption that the U.S. and the administration would take the virus seriously.

As it turned out, that was too optimistic.

“It affects virtually nobody,” Trump said of the coronavirus on Monday, the day before the grim milestone of 200,000 American deaths from COVID-19.

The U.S. has already lost more people to the virus than any other country, including much larger nations like China and India. Various states have struggled at different periods as the coronavirus has spread from coast to coast; over the last week, Montana has reported more cases than in any other seven-day period since the pandemic began. Presently, about 800 Americans are lost to the disease daily, according to The New York Times and Reuters.

The mismanaged approach to the virus continues to hurt millions of people. Even those spared from infection are struggling because of its effect on the economy, the upheaval of the country’s health care and education systems and often painful individual efforts to keep themselves and their families safe.

Tuesday’s marker is a striking one because it’s a reminder of the promises that things would not be this way. Trump and his staff began promoting the number of around 200,000 total deaths, based on modeling chiefly promoted by Trump health adviser Dr. Deborah Birx, when they were still encouraging social distancing and business closures. Once they publicized that figure, they felt they could be guided not by health concerns but by the president’s desire to lift restrictions and shift responsibility away from himself to state leaders.

When Trump aides were citing those predictions, beginning in late March, medical experts warned that they were based on the assumption that the U.S. would successfully enforce tactics like mask-wearing and distancing for months to come ― a big factor to take for granted.

Privately, even some within the president’s team, like health officials Dr. Anthony Fauci and Dr. Robert Redfield, warned that too many variables were at play to make an accurate prediction, The Washington Post reported. And analysts cited by the White House told the Post its procedure in forming estimates was rushed and overly predictive.

The president’s team was less interested in feedback than presenting a rosy story. A New York Times deep dive reported that Birx’s repeated private references to the models helped drive Trump’s public proclamations that the U.S. had the virus under control.

After Trump presented a figure he could describe as the extent of the crisis, he turned to his political priorities and instincts, even though he was aware of COVID-19’s seriousness, Bob Woodward’s recently released book showed. Trump began encouraging states to “liberate” citizens by ending lockdown policies even though they had not met guidelines set by his own administration and his chief of staff, Mark Meadows, sought to limit public appearances by Fauci, whom Trump aides saw as overly pessimistic.

The direct result was the politicization of a nonpartisan concern: protecting people from a little-known and highly contagious new disease.

With Trump leading the charge, Republicans challenged policies requiring people to wear masks in public as assaults on Americans’ liberties and questioned the importance of testing people so they could be made to isolate. Top officials began noticing an uptick in infections in early June, the Times reported, but by that point the damage was done. The forecasters Birx had relied on were updating predictions upwards and debates over coronavirus mitigation policies had activated tribal instincts among both conservatives and liberals, making it near-impossible to restore the shared sense of urgency ― and openness to public health measures ― that existed in March before the talk of estimated death tolls. In some areas, people even began attacking health officials.

Still mired in crisis and political discord, the U.S. has proved unable to either stem the spread of the virus or even process its effects thus far. Activists who lost family members to the virus are planning events to ensure the latest increases in numbers affected have a greater effect than simply making people’s eyes glaze over. Yet acknowledgement involves taking responsibility ― a big ask in current times.

Asked on Tuesday about the 200,000 milestone, White House press secretary Kayeligh McEnany responded that at least it wasn’t 2 million.