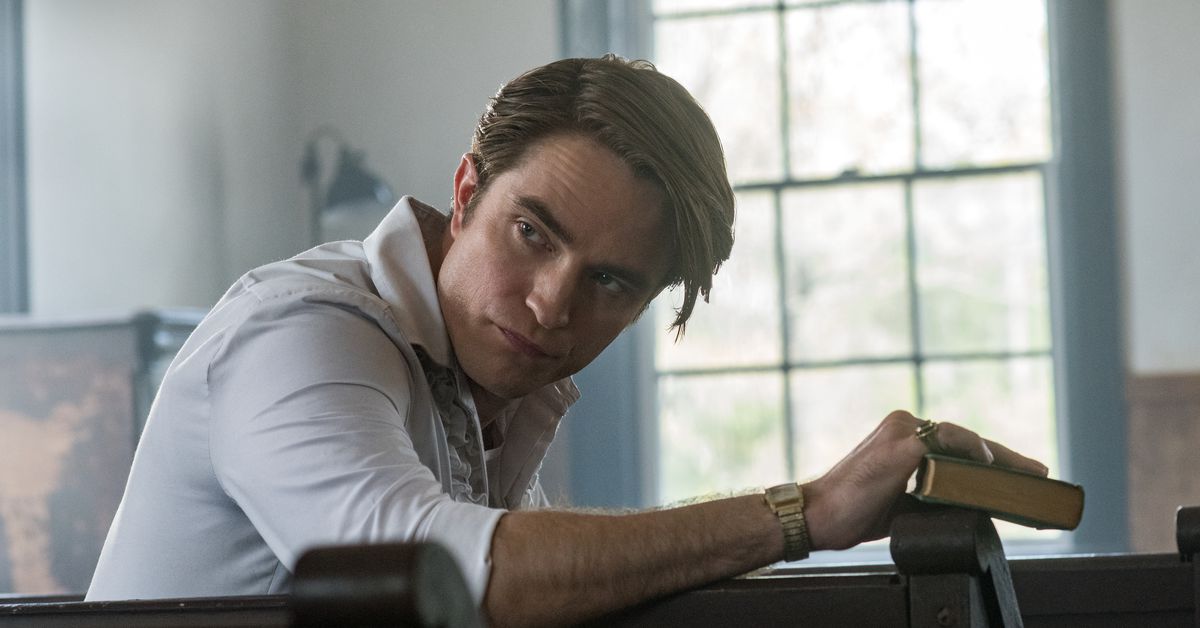 
The new film The Devil All the Time weaves together a tapestry of violence from the lives of lost souls. Set in Meade, Ohio in the wake of World War II, the Netflix drama picks up with a number of wayward characters — fathers, mothers, sons, a few loose cannons, and in some ways God himself — who each hit a turbulent spell and turn to faith, in some form or another, for answers. Based on the celebrated book by Donald Ray Pollock, it’s a grim and evocative watch.

For filmmaker Antonio Campos, it’s also a step up to a larger scale of storytelling. In his previous films Simon Killer and Christine, and even his turn to TV with USA’s The Sinner, Campos drilled down into the psychologies of specific individuals to find what was at their core. The Devil All the Time has him pulling the strings of an ensemble, and one stacked with rising stars like Tom Holland, Robert Pattinson, Sebastian Stan, and Riley Keough.

Polygon sat down with Campos over Zoom to talk about why he jumped at the chance to adapt the novel, how Pattinson found his voice as a maniacal preacher, and how he landed on soft-spoken narrator for the film — who is played by none other than Pollock himself.

The Devil All the Time feels like a big shift from your previous work. What interested you about this story, and what was your way into it?

Antonio Campos: There were so many images in the book I wanted to bring to screen. The first was the prologue, and figure out how that would look, and create a place that I could walk through. That was the first thing. But it was a big generational story that I was interested in telling, and doing it through the genres of Southern Gothic and noir.

There are these kind of characters that go to dark places that are very sort of in line with people that I’ve put in movies before. The thing that I think that I was most interested in exploring was the relationship that these characters have with religion and faith, and exploring a world where you feel the absence of God, but where you also feel the depth of people’s belief. And so for me as someone who was raised Catholic, and who had a mother who was very, very religious and a father who wasn’t, and who struggled with his faith, I just felt interested in telling a story that was about a generational story that dealt with religion in some way. And that’s what caught me sort of on a thematic level. Outside of that, it was really that I just I loved these two genres. I loved the characters that Don had created in the book, who I wanted to make into people on the screen.

You made a decision that is kind of rare in book adaptations: You hired the author to be the narrator. How did that happen?

I waited so long on that, to ask Don if he would do the voiceover. I was so scared that he would say no, because I only had Don’s voice in my head. There was no backup plan for Don. And when they finally brought it up, I think two years into knowing him, and he was like, “Well, if you think that I can do it then I’m happy to.” And he gave me an out. He said “If you don’t like it, if it’s not good, don’t don’t be scared to tell me, I won’t be insulted.” And I was like, “Don, don’t worry. I’m gonna love it.”

Jake Gyllenhaal produced the film — was there ever a role he considered taking on? Did he help you secure Tom since they worked together in Spider-Man: Far From Home?

Randall Poster, who’s known as music supervisor, but had worked on Christine and a couple films I produced, he was the one who brought me the book, and he and I partnered up very early on to do this and produce this. And then we needed a partner, and I had met Riva Marker, who’s Jake Gyllenhaal, his partner, and I had known about Nine Stories , his company, and what they were up to. And that whole relationship was driven by a common interest in the kind of material we were into on a producerial level. So Jake was always a producer on the project, but was never going to be part of it.

And Tom came in before Jake did. When Tom was cast the movie, Tom had been cast as Spider Man, but I hadn’t seen Tom as Spider-Man yet. So then the Tom told a funny story about when they were on set for Far From Home that Jake had said, “What are you doing next?” And Tom was like, “I’m doing this when we call The Devil All the Time.” And Jake was like, “Oh, I’m producing that movie.” Somehow he hadn’t gotten the memo.

How did you and Robert Pattinson land on the characterization for the preacher character? It’s wild, but more and more, that seems to be an uncharted place Pattinson likes to go in his movies.

The film feels very faithful to the book, and it sounds like you have great reverence for Don’s prose, but was there something you invented for the film that you needed for dramatic reasons or that you just felt you wanted to see?

My brother and I really liked the side storyline, the underbelly storyline of what was going on in Meade, and so we kind of leaned into that. Like Leroy [Douglas Hodge] and Bobo, and this other character Tater, who basically is who Leroy is in the script, that was stuff that was like in the periphery, but it was part of the world that we wanted to explore with Boedeker [Sebastian Stan]. The thing I think we added more of was complexity to Sandy. I think we leaned into her POV in that part of the story. And ultimately, I think that we leaned to a more hopeful ending even though the film has a mysterious, ambiguous ending, there’s still a sense of potential for people.