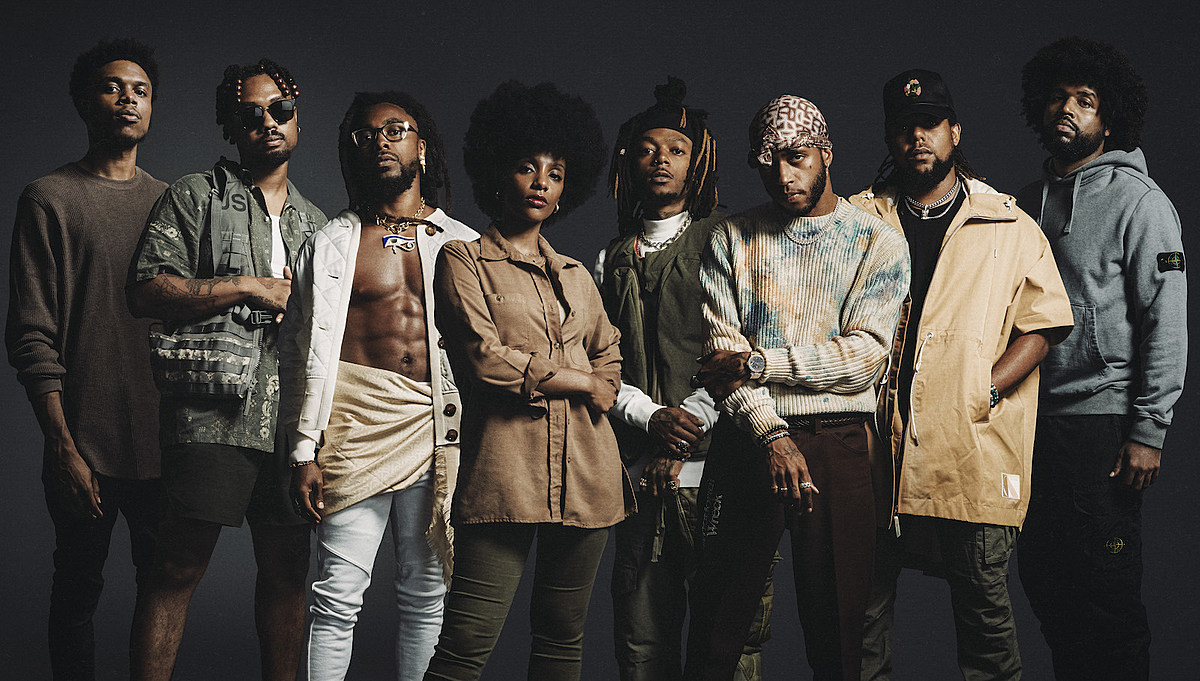 
So many artists, so little time. Each week we review a handful of new albums (of all genres), round up even more new music that we’d call “indie,” and talk about what metal is coming out. We post music news, track premieres, and more all day. In these concertless times, that includes daily livestreams and live concert videos we love. We publish a monthly playlist of some of our favorite tracks. Here’s a daily roundup with a bunch of interesting, newly released songs in one place.

The Devil’s Blood offshoot Molassess have shared another song off their upcoming debut album Through The Hollow (due 10/16 via Season of Mist), and it’s ten and a half minutes of psychedelic occult rock that really earns its lengthy running time.

Cut Copy released new album Freeze, Melt this summer and now here’s a remix of the album’s Like Breaking Glass” by Jacques Lu Cont (aka producer Stuart Price). “Receiving a remix from Stuart Price is something that I probably never thought would happen,” says Cut Copy’s Dan Whitford. “In the last fifteen years, his career has taken him outside of our world and into the realm of pop super producers working with multi-million selling artists. But early in his career, his music under the moniker Les Rythmes Digitales, Zoot Woman, and Paper Faces he was a real inspiration. LRD in particular gave me hope of turning tracks I’d made as a no-name bedroom producer with a couple of synths and sampler into something people might want to buy and dance to. The sounds and personality of his music was a real inspiration in an era dominated by generic funky house, and so it’s really such a unique honour to have him approach us to do work on this remix many years later.”

After years of making disco edits, throwing successful dance parties all over the world and currating deep cut disco compilations, crate diggers Horse Meat Disco are finally putting out their own album, Love & Dancing, which will be out October 2 via Glitterbox Recordings. Here’s their new single which sounds like a lost 12″ from 1977.

TDE-signed rapper Reason has been dropping promising singles all year, and here’s another, a sequel to 2018’s “The Soul.” This one finds him spitting over some gooey funk, and Reason calls it “an honest record about the head space I’m in right now, as well as serves as a time capsule for the various head spaces I’ve found myself in over the last couple years.”

DC rapper Sa-Roc releases her new album The Sharecropper’s Daughter on October 2 via Rhymesayers, and it features this powerful new song and video that addresses America’s 400-year-old history of racism and the widespread protests it’s led to today.

THE MENZINGERS – “LAST TO KNOW” (FROM EXILE)

From Exile, The Menzingers’ folky, reworked version of 2019’s Hello Exile, comes out digitally this week via Epitaph, and here’s another gorgeous taste of it: a string-laden version of “Last to Know.”

Fresh off releasing the new single “Midnight Sky,” which definitely tipped its hat to Blondie (and Stevie Nicks and Joan Jett), Miley Cyrus did a faithful cover of the Blondie classic “Heart of Glass” at the virtual IHeartFestival 2020. She was backed by an ace band, and she nailed it.

VENUS FURS – “GUARDS IN THE GARDEN” & “CHAOS AND CONFUSION”

Montreal’s Venus in Furs recently released their debut album and here’s main man Paul Kasner playing two songs from it solo. “I spent a significant portion of my 20s working on my debut Venus Furs album at Seratone Studio with Simon Petraki, so it was really nice to be able to capture these performances of Chaos and Confusion’ and ‘Guards in the Garden’ live at the studio before it moves to its new location.”

“Working with Lee on ‘Be Safe’ was without question one of the highlights of our career as a band, and we think that ‘I Don’t Know Who I Am’ is a worthy follow up collaboration. We are very proud of how it turned out. Lyrically, the song addresses the disconnect that Ryan and myself have always had with our biological paternal lineage – and how that may have shaped our views on masculinity, gender roles, and the men we ultimately grew up to be.” The Cribs’ new album Night Network is out in November.

We lost The Tragically Hip’s Gord Downie in 2017 but he left us with one final solo record that is now getting a posthumous release. Downie recorded the 10 songs on Away is Mine in July 2017, just a few months before he died. Away is Mine will be out October 16, one day shy of the three-year anniversary of his passing.

Yatra offer up genre-defying doom/sludge on this new song off their upcoming second album of 2020, which you can read more about here.

I LOVE YOUR LIFESTYLE – “SHILLY-SHALLY”

Sweden’s I Love Your Lifestyle blend Midwest US emo and their home country’s indie pop on this new single off their upcoming album for Dog Knights/Counter Intuitive. Read more here.

Life Force (a new-ish band led by Matt Fletcher of Shai Hulud and Zombie Apocalypse) have shared another youth crew-style ripper off their upcoming debut album for New Age Records, Hope and Defiance. Read more about it here.