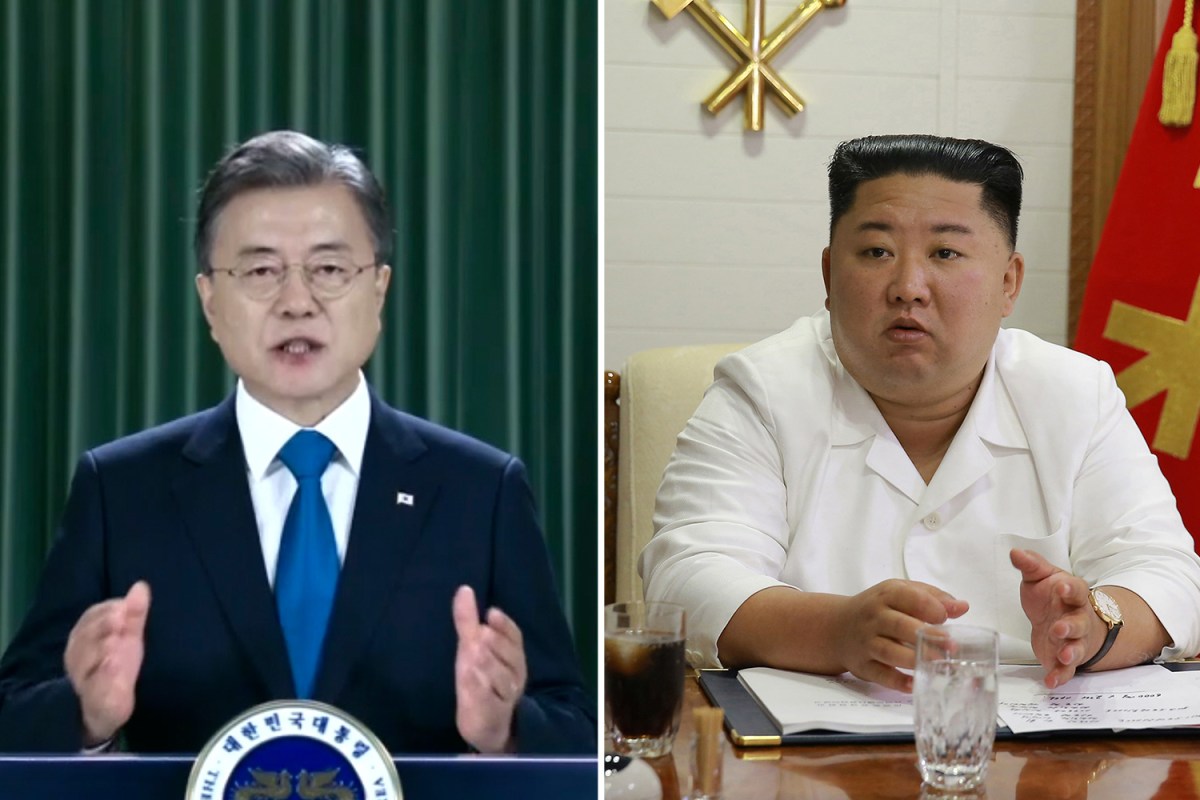 
SOUTH Korea’s President Moon Jae-In has called for an end to tensions with North Korea – in an attempt to resuscitate talks with the dictatorship.

The leader told a United Nations assembly that a formal recognition of the end of the Korean War could pave the way for denuclearisation and peace.

The call for peace comes as the countries mark the 70th anniversary of the outbreak of war this year, which ended in an armistice in 1953.

President Moon told the assembly in a pre-recorded video: “Time has come to remove the tragedy lingering on the Korean Peninsula.

“The war must end, completely and for good.”

Relations between the two countries have been in deadlock despite a series of summit talks between President Moon and dictator Kim Jong-Un in 2018.

A high-profile summit held in Hanoi between President Donald Trump and the North Korean leader in February last year also failed to produce a peace deal – as President Moon admitted that “hopes” of reconciliation between the two neighbours have “stalled”.

But he added that an end-of-war declaration could act as a catalyst for a fully-fledged peace process.

President Moon continued: “Peace on the Korean Peninsula is still in the making and changes that used to brim with hopes have stalled.

“I believe it begins with declaring an end to the war, an act that can affirm mutual commitments to peace.

“The end-of-war declaration will, indeed, open the door to complete denuclearisation and permanent peace regime on the Korean Peninsula.”

It comes as tensions between the two countries reached a fever pitch this year after North Korea blew up a liaison office built on the border by the South.

A furious row also broke out between the two countries after the North accused its neighbour of passing hundreds of thousands of propaganda leaflets across the border.

The North had told us they didn’t care about (the end-of-war declaration), seeing it as something Moon wanted

It prompted the North to rig up loudspeakers to blare propaganda across the demilitarised zone – with Kim even threatening to redeploy combat units to areas from which they were withdrawn.

Experts and diplomats have also questioned the significance of an end-of-war declaration for the North.

John Bolton, the former White House security adviser, wrote in his memoir: “The North had told us they didn’t care about (the end-of-war declaration), seeing it as something Moon wanted.”

Inside of this house is larger than life… CAN you see yourself living here?

The Korean war began in June 1950 when Kim Jong Un’s grandfather, Kim Il Sung, launched a surprise attack against the South – who were supported by American forces.

The brutal conflict resulted in the death of some 150,000 troops and the displacement of millions of others.