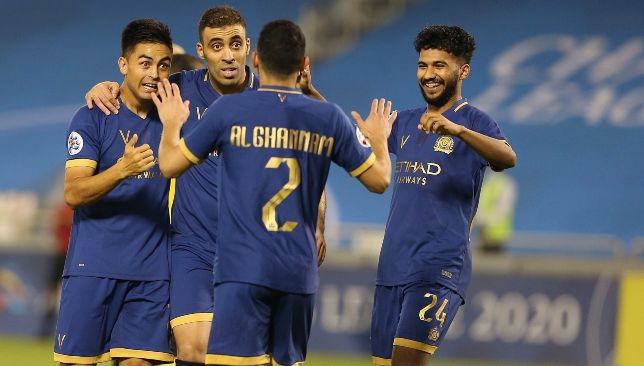 
A restarted 2020 AFC Champions League run through at warp speed got under way on Monday.

Doha’s three-week festival of football was forced upon organisers by March’s unprecedented cessation because of coronavirus. The Qatari capital will host – for the West Zone, exclusively – until October 3 all four remaining pool fixtures, the round of 16, quarter-finals and semi-finals.

The match-week three games reinforced Saudi Arabia’s dominance; all four groups are topped by them. But holders Al Hilal are battling a COVID-19 outbreak and Al Taawoun’s latest head coach is yet to arrive, though a startling debut for Pity Martinez after his $18 million switch from Atlanta United holds promise for Al Nassr.

Can the Kingdom’s finest sustain this dominance after Thursday’s and Friday’s mirrored games? This preview will help you decide: 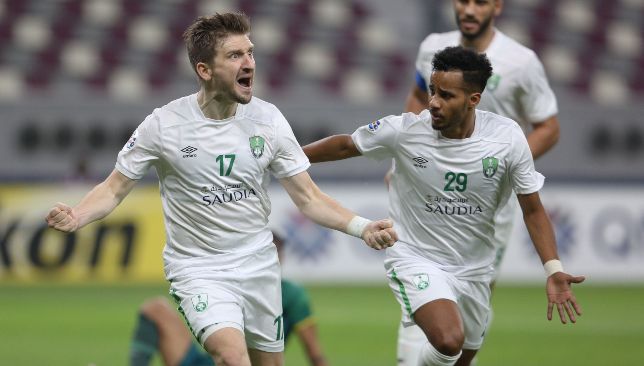 But there is still plenty to play for in a group reduced by Al Wahda’s enforced withdrawal.

Shorta, though crushed by last-gasp defeat, will be buoyed for Thursday’s return by their doubling of star-studded Ahli’s attempts count (12/six) even with 10 men for the second half in Monday’s encounter. Greater accuracy is a must for Iraq striker Marwan Hussein, especially with their weakened opponents struggling to fashion chances for lonely Syria talisman Omar Al Somah.

A shootout for second spot is under way against Esteghlal and they need points on the board – pronto. The 2019/20 Persian Gulf Pro League runners-up play their first match in Doha on Sunday, when the two cross-border rivals meet. 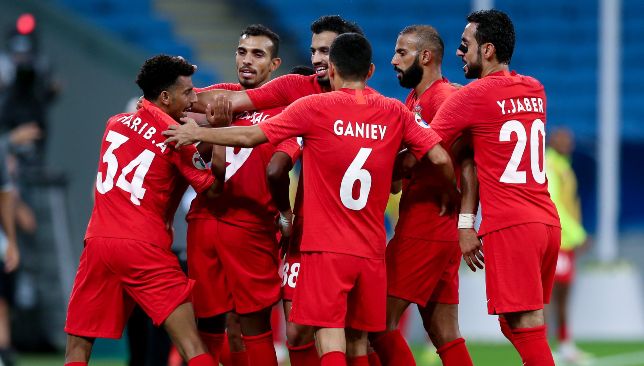 First points were put on the board by the Arabian Gulf League giants thanks to a strong competitive debut from ex-Al Hilal midfield maestro Carlos Eduardo past 65 minutes and electric 17-year-old substitute Harib Suhail’s deciding wonder goal against Iran’s pointless Shahr Khodro.

Repetition is, though, now essential when the sides meet again on Thursday. Shabab Al Ahli – experiencing a first continental campaign under their new name, but beaten finalists in 2015 as Al Ahli – will be aiming to elongate the intensity of which they played the first 15 minutes, while Shahr must make it a more-difficult night for underworked goalkeeper Majed Nasser.

Both need holders Al Hilal to push for the victory against Uzbekistan’s Pakhtakor required to maintain a 100-per-cent start to their defence and guarantee progression.

A deflected injury time clincher from midfielder Hattan Bahebri earned them a tense 2-1 triumph in Sunday’s reverse meeting. This result was tough on Pakhtakor, whose positivity with 10 men after goalkeeper Eldorbek Suyonov’s deserved reward.

Yet, the champions continue to be hampered by COVID-19 infections. They edged past Pakhtakor with six players absent and that list on Wednesday night stretched to seven for the upcoming game when elite full-back Yasser Al Shahrani returned a positive test, meaning he is now subject to quarantine.

If a depleted side is downed in Doha, Sunday’s clash for Pakhtakor with Shabab Al Ahli Dubai Club gains even greater significance. 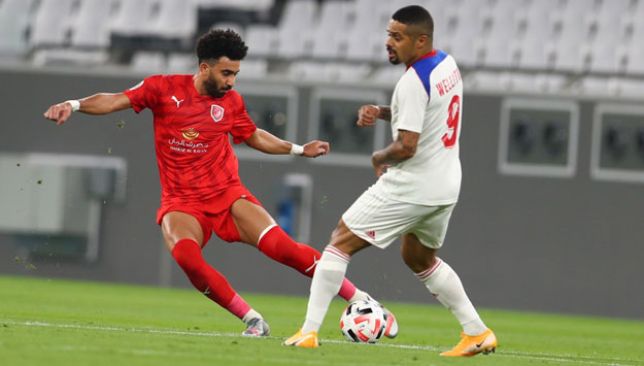 So much is still to play for in this section.

Al Taawoun, somehow, lead the way even though they were beaten 1-0 by Iranian title winners Persepolis on Tuesday, still await the arrival of new permanent head coach Patrice Cameron after he was convinced to quit Egyptian powerhouse Zamalek in midweek and were almost relegated from the Saudi Professional League. They are joined on six points by Qatar Stars League victors Al Duhail thanks to an entertaining 2-1 defeat of Sharjah that could have gone either way.

The latter, indeed, dominated large swathes of a contest in which ex-UAE Under-23 midfielder Mohammed Abdulbasit’s slack pass and Iran international Ramin Rezaeian’s precise free-kick combined to down them. They need ex-Spartak Moscow and Celta Vigo striker Welliton – back in Sharjah after a season at Al Wasl – to finish off the chances which will, surely, come his way from exceptional countryman Igor Coronado.

Persepolis required a late set-piece to prevail against Taawoun, in a match low on quality and excitement. The summer sales of attackers Ali Alipour and Mehdi Torabi have created a vacuum for Yahya Golmohammadi’s outfit. 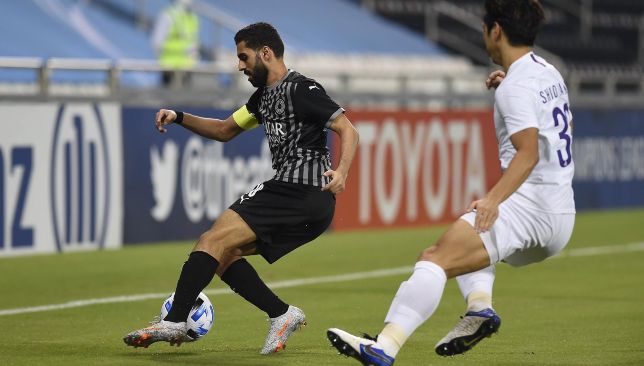 Group D lived up to its top billing, once again.

Tuesday’s resumption was lit up by 2018 South American Footballer of the Year Pity Martinez’s glittering bow for leaders Al Nassr in a 2-0 beating of 2007 runners-up Sepahan of Iran. A rollercoaster 3-3 draw between UAE giants Al Ain and Qatar powerhouse Al Sadd – from which former Villarreal, Arsenal and Spain icon Santi Cazorla bagged upon his competition debut – also provided a torrent of entertainment.

Nassr and Sadd remain in command of the qualification spots. The former will be supremely confident about taking a giant step against Sepahan towards the round of 16, especially with centre forward Abderrazak Hamdallah in typically ruthless form and now standing alone as 2020 leading marksman.

Al Ain desperately require victory against Sadd. Pedro Emanuel’s men will rue twice giving up the lead on Tuesday – their defence continue being so welcoming against opponents who count among their ranks 2019 AFC Player of the Year Akram Afif and unstoppable Algeria striker Baghdad Bounedjah.