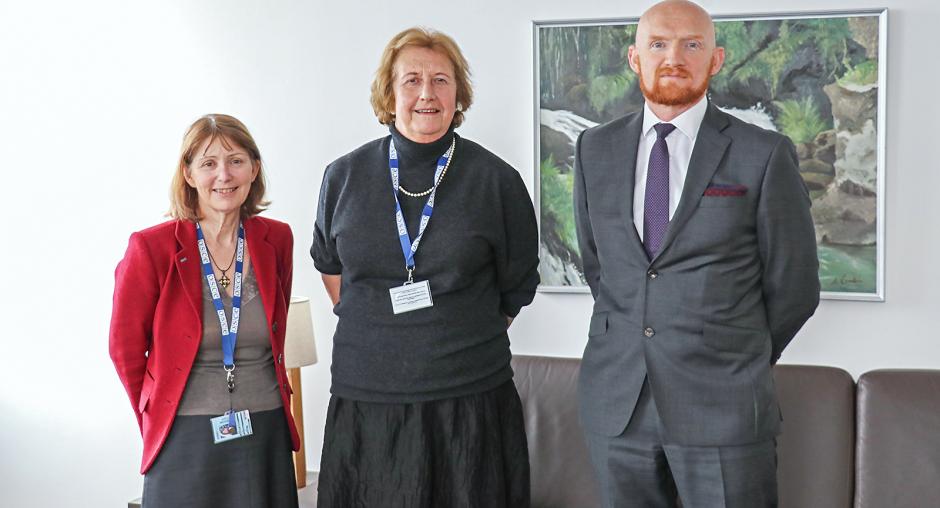 The report examines the implementation of the recommendations provided in Judge Korner’s earlier 2016 report and presents a number of new recommendations aimed to further support judicial institutions in improving the processing of war crimes.

Kathleen Kavalec, Head of the OSCE Mission to BiH, highlighted that although by the end of 2019, the BiH judiciary had made progress in tackling the backlog of war crimes cases, having completed over 570 proceedings involving more than 870 defendants, the current report clearly shows that there continues to be significant room for improvement in the functioning of the BiH Prosecutor’s Office.

“As the Mission has stated before, to reduce the backlog, there is an urgent need to ensure that less complex cases are transferred to the entity level without further delay. Only this would allow the BiH Prosecutor’s Office to focus its resources, in a timely manner, on the most complex cases involving the highest level perpetrators,” stated Kavalec.

Matt Field, British Ambassador to Bosnia and Herzegovina said: “25 years since the end of the war, there are still over 600 unresolved cases involving over 4,500 suspects. With the passage of time, these cases are getting steadily harder to solve. Progress is slowing. In the meantime, victims and their families wait for justice. I’m confident that Judge Korner’s practical recommendations will enable legal professionals to do their job better, and contribute to BiH finalizing the completion of its war crimes cases.”

Judge Korner stated: “As may be seen from the report, the analysis which I carried out mandates the taking of urgent remedial action in many areas, in order for there to be the slightest prospect of achieving the 2023 deadline for the completion of war crimes cases. The most pressing of those actions is the adoption of the revised National War Crimes Processing Strategy.”

This report was produced within the project Strengthening Rule of Law by Improving War Crimes Processing in Bosnia and Herzegovina financed by the Government of the United Kingdom, originated as a follow-up to the findings and recommendations in the first report by Judge Korner from 2016.