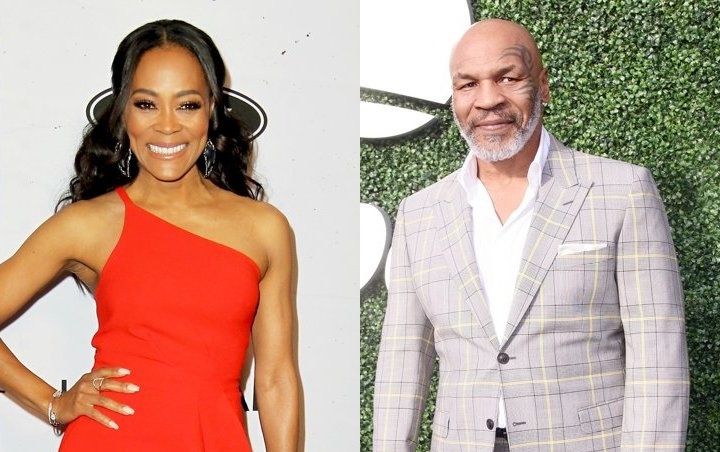 
Robin Givens is concerned about how she might be portrayed in her former husband’s upcoming biopic so she sends a legal letter to block him from defaming her.

Lawyers representing Givens sent Tyson and Foxx a cease-and-desist letter last month, according to Page Six, insisting the boxer, who is preparing for a comeback fight, “cease and desist from further defaming Ms. Givens.”

They also put the producers of the film and Tyson’s podcast on notice, insisting they “refrain from portraying Ms. Givens in a false, negative and defamatory light.”

Givens was married to Tyson in 1988 for eight months and the couple split acrimoniously.

Her lawyers felt they had to warn Foxx and his producers about portraying Givens in a poor light, adding, “She still finds herself fighting the abusive, demeaning and false accounts of their relationship by Mr. Tyson nearly 35 years later. It is time for Mr. Tyson to let this marriage be the relic of the past that it is.”

They claim Tyson’s comments about his ex gave them “good cause to be concerned,” but a representative for the boxing champ tells the outlet that his marriage to Givens and their divorce won’t be part of the film.

“As of now, Mr. Tyson’s attorneys have not received any cease and desist (letter), but there isn’t nor has there been any intention of including his relationship with her in his biopic. He wishes her well in all her endeavours,” the rep said.