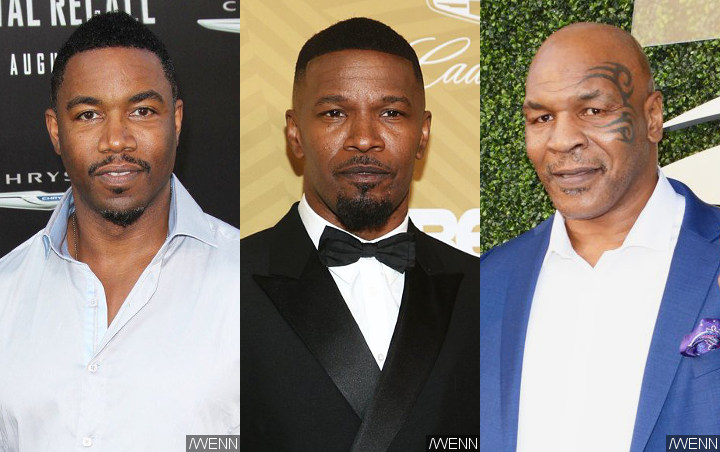 
The ‘Spawn’ star, who has portrayed the boxing legend in 1995’s HBO movie ‘Tyson’, has some reservations about Foxx’s physical transformation for the upcoming film.

AceShowbiz –
Michael Jai White has thrown a subtle shade at Jamie Foxx ahead of the latter’s portrayal of Mike Tyson in an upcoming biopic. Having played the former boxing champion in 1995’s HBO movie “Tyson”, the 52-year-old actor has weighed in on the forthcoming movie starring Foxx as the retired athlete.

Speaking to VladTV, the “Spawn” star cast his doubt that the “Django Unchained” actor would be able to pull off portraying the former world heavyweight champion. His reservations mostly came from Foxx’s physical transformation, which he deemed not up to standards to channel the former heavyweight boxer.

“If there’s another angle that Jamie’s pulling out then, hey that’s cool. That’s a helluva undertaking for him,” said White in an interview. When Vlad mentioned that Foxx has “bulked up” for the role, White insinuated that the pictures of “The Amazing Spider-Man 2” star which have been circulating online cannot be trusted.

“I don’t believe a lot of stuff in pictures, ’cause when I see him-we’ve got a lot of friends in common. When I see him it’s like, ‘Did he just lose weight to catch this flight?’ ” he said. Noting that he’s “not going to disparage anything,” he added, “but you kinda know how-it’s clickbait.”

White went on noting that bulking up to gain muscle like Tyson in such a short time can pose to be a serious health issue. While he was able to do it for the TV movie, he was unsure if Foxx could handle the physical demands.

The still-untitled Mike Tyson biopic has been in development since 2014. Earlier this year, Foxx confirmed that the project is finally happening, with him teasing his transformation for the role during Mark Birnbaum’s Instagram Live series “Catching Up With Mark Birnbaum” in June.

“Every other day, I do 60 pull-ups, we do 60 dips, we do 100 push-ups,” Foxx said of his preparation for the movie. While his fitness routine has already changed the upper half of his body, the Academy Award-winning actor revealed that they would still need CGI and prosthetic to complete his transformation.

“I ain’t got no calf muscles, so we’re gonna have to get some prosthetics for that,” he shared. He added that he aimed to be 216lbs when filming starts as he plays a younger version of the boxer, and then he will “balloon to 225, 230 which will look like 250 on screen.”