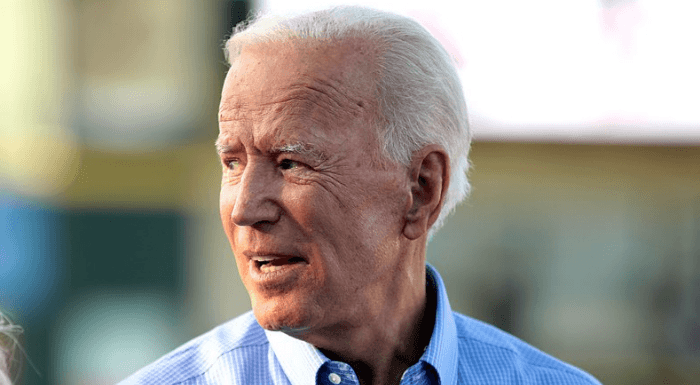 
2020 Democratic presidential candidate Joe Biden said Monday that voters do not deserve to know whom he would appoint to the Supreme Court.

Biden acknowledged that he has a list of potential nominees, but told Milwaukee television station TMJ4 that he will not share it.

The former vice president admitted his first selection would be a black woman, but would not give any additional details beyond that choice.

It was the second time in two days that Biden refused to tell voters who was on his list.

“We’re in the middle of an election,” Biden said.

“By the time that vote comes up, if it comes up, there will have been close to 40% of people who have already voted.”

“It’s a violation of the spirit of the Constitution to suggest that it should not wait…” he added.

“No, they don’t, but they will if I’m elected. They’ll have plenty of time,” Biden replied.

Biden also said his 1st choice is to select an African-American woman, but outlined his reasoning for not releasing a list of nominees

Pressed on if the American people should know who he’ll appoint: “No they don’t, but they will if I’m elected. They’ll have plenty of time.” pic.twitter.com/RZfvEouPvY

Biden said that if he shared his choices for the Supreme Court it would give critics too much time to examine and scrutinize them.

Reacting to Biden’s bizarre comments, Trump told supporters during an Ohio rally why he thinks Biden is not releasing a list.

President @realDonaldTrump: Joe Biden is refusing to show his list of potential Supreme Court nominees because he wants Far-Left radicals on the court pic.twitter.com/gzfIDqhXvv

“They don’t want to show the judges because the only ones he can put in are far-left radicals,” Trump said.

The President said that a moderate or mere “left-of-center”nominee would not be enough for today’s far-left Democratic Party.

“So he’s going to have to put in radicals,” Trump warned, “so he doesn’t want to show who his judges are.”

Trump believes that if Biden did publicize his picks, the former vice president would be “unelectable.”