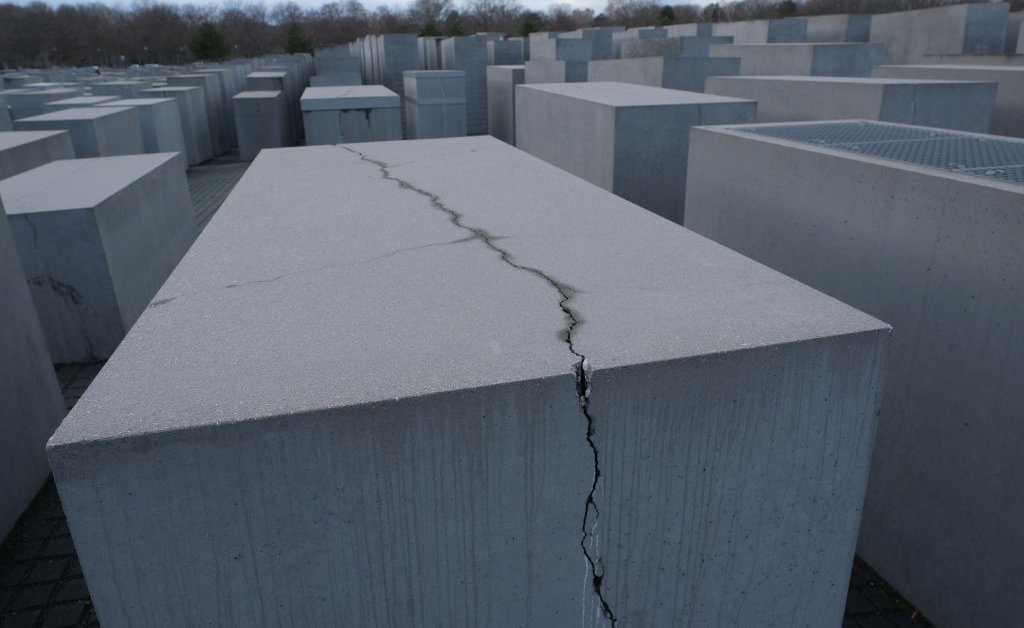 
Sometimes I dream of closing my eyes. Of forgetting what humans are capable of, erasing the past, waiting for a new, spotless day to dawn.

But what would I be without memory? Nothingness. For those who control the past control the present. And those who forget can become easy prey. I want to say this to everyone who wants to hear it, so that they can protect themselves from violators of memory, forgers of history and creators of false hatreds.

It’s a lesson I learned firsthand: I knew that my German grandfather Karl Schwarz was in the Nazi party, but that he hadn’t served in the Wehrmacht or the SS, nor had he occupied an official position within the Third Reich. For a long time, I didn’t dig any deeper.

A remark by my aunt finally piqued my curiosity (about my grandfather’s story). I rummaged through the old filing cabinets in the basement of the family apartment building in Mannheim, Germany. Among the yellowed papers, I discovered a contract stipulating that Karl Schwarz had bought a small petroleum products company that had belonged to Jews, the Löbmann and Wertheimer families. It was dated 1938, a year that was a relentless slide into hell for German Jews, who were forced to abandon their assets for next to nothing. Even if he didn’t have any blood on his hands, my grandfather’s opportunism made him an accomplice of the crimes of the Third Reich. On my mother’s side, I started to investigate the role of my French grandfather, a policeman during the French Vichy regime which collaborated with Nazi Germany.

A memory of the war and of Nazism had been handed down through three generations, on both the German and French sides of my family, to me, a child of Europe who has never known war. Weaving together the family memory with the history of Europe’s post-war reckoning with fascism, I started to explore the collective guilt of ordinary people—the Mitläufer, those who follow the current. That work became my book Those Who Forget, but how to write about an era when you haven’t lived through it? About the dead, who can no longer react, or defend themselves? The responsibility I assumed in taking on these vanished lives has haunted me. I wanted to be fair, as fair as possible, particularly when it came to my German grandparents, whom I had barely known.

When I decided to investigate my grandfather’s story myself, my first step was to go in search of the Löbmann family, though few traces remained. I trembled at the thought that these existences had perished twice: once at Auschwitz and a second time in our memories. I looked for the Wertheimer side of the family, and that was how I found myself in a London suburb, sitting across from Lotte Kramer, née Wertheimer. She was 95 years old, sharp as ever, and she told me the story of her life and what she knew of the Löbmanns.

Get your history fix in one place: sign up for the weekly TIME History newsletter

In the basement in Mannheim, I made another discovery: a series of letters between Karl Schwarz and Julius Löbmann’s lawyers dating from 1948-1952. Julius was one of the only survivors of his family. He had successfully escaped a camp and made it to Chicago. After the war, he demanded reparations from my grandfather. The latter had kept copies of the letters, including his own. Reading them, I was shocked by Karl’s refusal to recognize his wrongdoing, and by his self-pitying tone. His attitude was symptomatic of German society at the time, in which many people paradoxically saw themselves as victims of the war.

In order to get to know my grandfather better, I called on two firsthand witnesses: my father, Volker, who was born in 1943, and his sister, born in 1936. My aunt excused Karl’s actions: “We can’t put ourselves in their place, they lived under a dictatorship, you had to be a hero to resist.” My father had much less clemency: “My father played the game without being forced. If, from the beginning, people had refused to look away, the Nazis would probably never have got that far.” In his youth, Volker often confronted his father. “I used to tell him: what upsets me is not that you saluted, since I might also have done that; it’s that even today, you still don’t recognize your responsibility.” My father is part of the generation of Germans who forced their society to examine itself and to learn from history to build a strong democracy.

The difference between the two perspectives is tied to their experiences. My aunt, who is seven years older, lived through the bombardments and the poverty of post-war Germany, while Volker was lucky enough to experience adolescence during the German economic boom. Their accounts are filtered by experience and emotion, the anger of a troubled childhood, the sadness of a deception, but also by love and loyalty, in spite of everything.

For me, my grandparents are ghosts. I can reflect on them with a cool head, privileging the search for truth over emotion. But truth is not easy to find in the labyrinth of the past where many traces intersect. I chose to submit these testimonies to the wisdom of historical facts. To avoid judging by what I know today, but to try to travel backwards into the past.

I often ask myself what I would have done in their place. But I understood what matters when I read this line by the historian Norbert Frei: that if we cannot know what we would have done, it “does not mean that we do not know how we should have behaved.” And should behave today. — Translated by Laura Marris 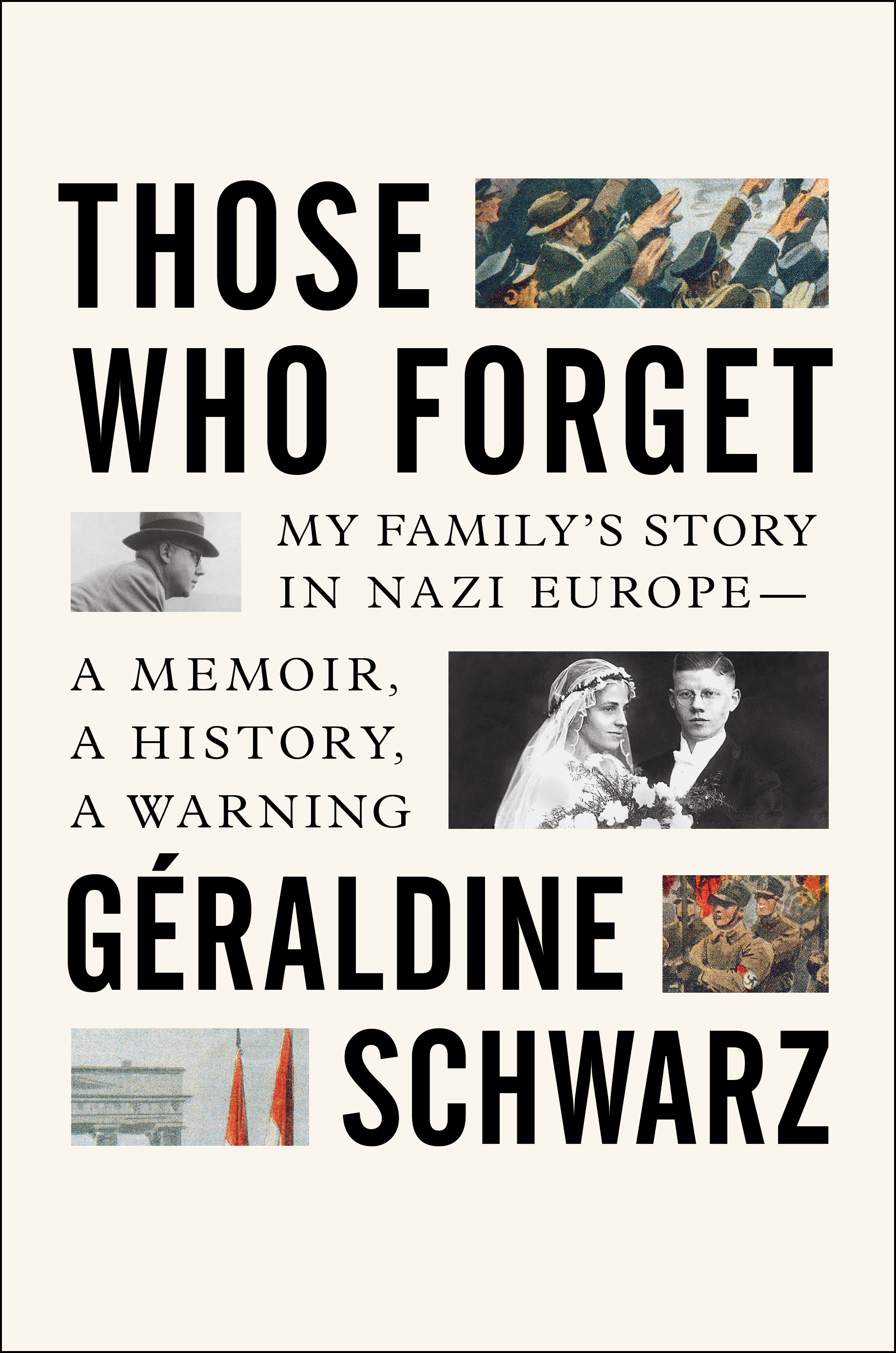 Géraldine Schwarz is the author of Those Who Forget: My Family’s Story in Nazi Europe—A Memoir, A History, A Warning, translated by Laura Marris and available now from Scribner Book Company.

Get our History Newsletter. Put today’s news in context and see highlights from the archives.

For your security, we’ve sent a confirmation email to the address you entered. Click the link to confirm your subscription and begin receiving our newsletters. If you don’t get the confirmation within 10 minutes, please check your spam folder.