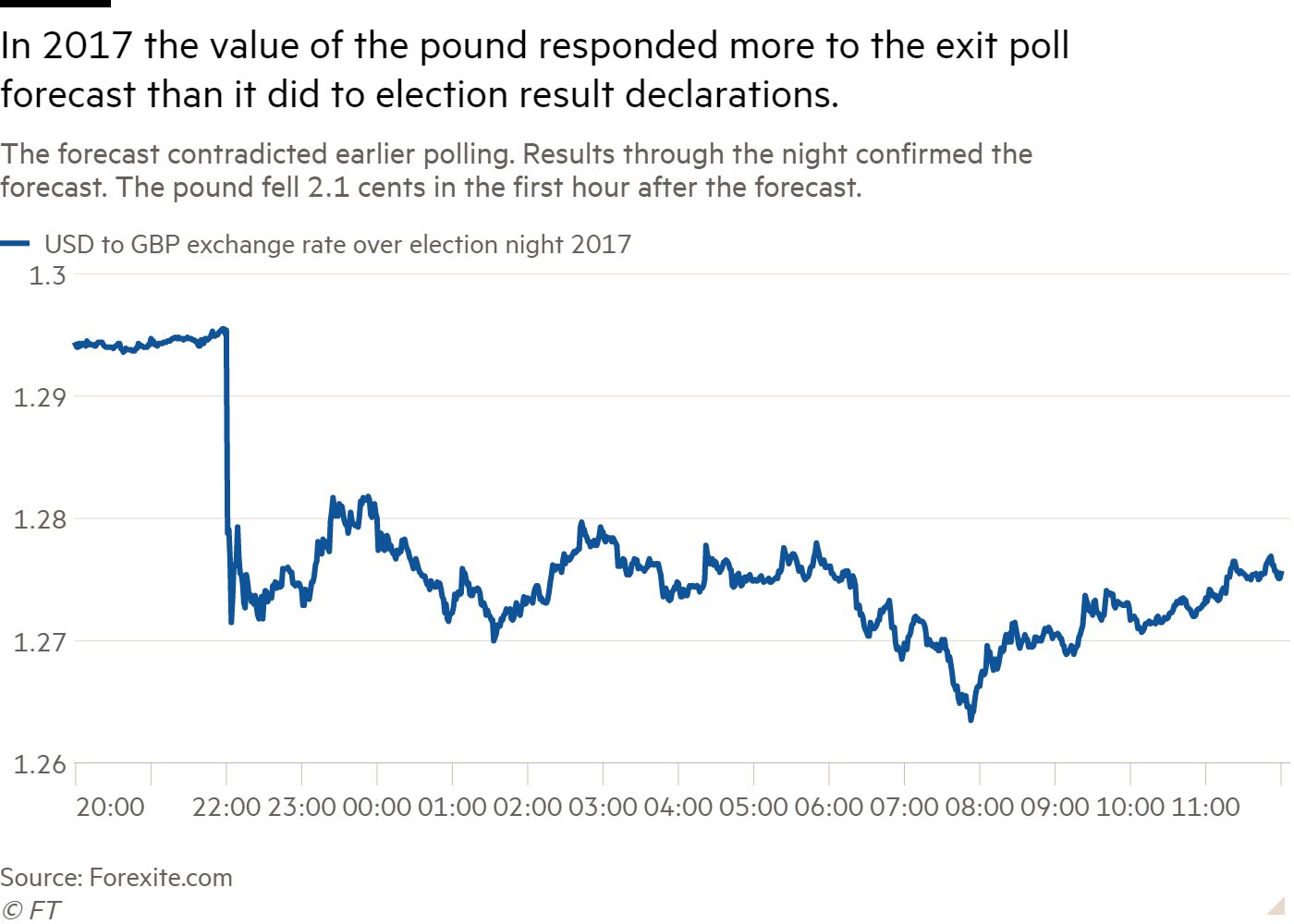 
A warning to markets over the exit poll

Sterling traders could be at risk of getting ahead of themselves if they respond too aggressively to tonight’s exit poll, which may be less precise than in recent years, leading academics have warned.

Overconfidence in the exit poll, due to be released at 10pm London time, may lead to dramatic fluctuations later in the evening as election results are declared, warned David Firth, the Warwick University statistician who, along with Sir John Curtice of Strathclyde University, developed the methodology that has been used for the electoral forecast since 2001.

“Financial markets now move at 10pm to take full account of the exit poll, just as if the exit poll prediction was the actual result of the election,” said Mr Firth, speaking of the forecast derived from outside just 144 ballot boxes across England, Scotland and Wales.

The exit poll’s recent run of prescient results has meant that traders are putting increased stock in its predictive power, with the pound fluctuating more aggressively following the poll’s release from one election to the next.

In 2005 and 2010 this drop was minor in value or was corrected before midnight, only to descend again as results were called across the evening confirming the exit poll. Trust in the exit poll has increased, and in the most recent elections the value of the pound against the dollar changed at 10pm without correcting to its original value.

The election this year provides a particularly unusual combination of circumstances, where markedly different political and economic realities could be reflected within the exit poll’s margin of error, explained Sir John.

“This is still an uncertain exercise — it is not a pre-declaration of the actual result, even if it happens, sometimes fortunately, we get very close,” added Jouni Kuha, a statistician at the London School of Economics and member of the exit poll team.

The expected prevalence of tactical voting and the pacts between parties in a limited number of seats are another new source of uncertainty for the exit poll team.

Those 144 [ballot boxes] do not contain very many seats where that is the case, so the information base for learning about the effects of those kind of patterns is a bit limited — so that could be a challenge.