“We’re here to make revolution, not just dinner.” Roadside has revealed the full-length official trailer for the film The Glorias, made by acclaimed filmmaker Julie Taymor (Frida, Across the Universe). This initially premiered at the Sundance Film Festival earlier this year, and will be launching on VOD + Amazon Prime at the end of this month. It tells the story of feminist icon Gloria Steinem’s itinerant childhood’s influence on her life as a writer, activist and organizer for women’s rights worldwide. The title “The Glorias” refers to the four different actresses as Steinem at different stages of her life: Alicia Vikander, Julianne Moore, Ryan Kiera Armstrong, and Lulu Wilson all play Gloria. The cast features a number of iconic women who’ve made profound contributions to the women’s movement over the years, including Dorothy Pitman Hughes (Janelle Monáe), Flo Kennedy (Lorraine Toussaint), Bella Abzug (Bette Midler), Dolores Huerta (Monica Sanchez), and Wilma Mankiller (Kimberly Guerrero). It’s an inspiring trailer that setups the film and shows some of the strange, creative scenes that Taymor crafted for it. Take a look. 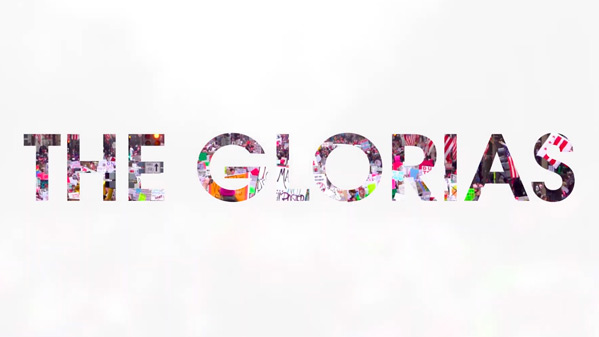 You can still watch the first teaser trailer for Taymor’s The Glorias here, to see the original reveal again.

Journalist, fighter, and feminist Gloria Steinem is an indelible icon known for her world-shaping activism, guidance of the revolutionary women’s movement, and writing that has impacted generations. In this nontraditional biopic, Taymor crafts a complex tapestry of one of the most inspirational and legendary figures of modern history, based on Steinem’s own memoir My Life on the Road. The Glorias (Julianne Moore, Alicia Vikander, Lulu Wilson, and Ryan Keira Armstrong) traces Steinem’s influential journey to prominence—from her time in India as a young woman, to the founding of Ms. magazine in New York, to her role in the rise of the women’s rights movement in the 1960s, to the historic 1977 National Women’s Conference and beyond. The Glorias is directed by visionary American filmmaker Julie Taymor, director of the films Titus, Frida, Across the Universe, The Tempest, and Taymor’s A Midsummer Night’s Dream previously. The screenplay is written by Sarah Ruhl and Julie Taymor, adapted from Gloria Steinem’s book “My Life on the Road”. This initially premiered at the Sundance Film Festival earlier this year. Roadside will release Taymor’s The Glorias on VOD + Amazon starting September 30th later this month. Can you dig?

Discover more around the web: