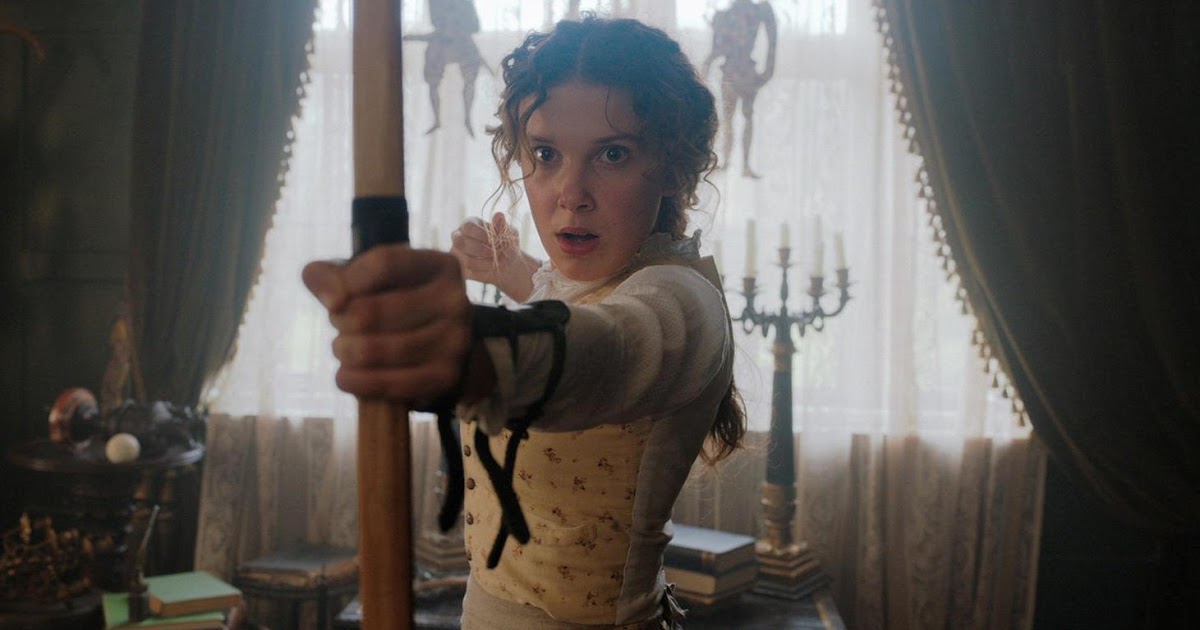 A Potpourri of Vestiges Feature 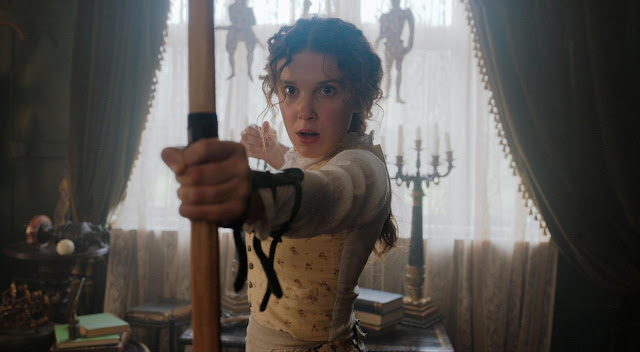 Remember Eleven, the shy little girl with telepathic and psychokinetic abilities and a limited vocabulary from the Netflix series Stranger Things? Well, she has now grown up into a fine young lady. The new Netflix film Enola Holmes presents Millie Bobby Brown like you have never seen her before. And that’s not all. For, she also serves as one of the producers on the film. Essaying the eponymous part of the legendary super sleuth Sherlock Holmes’ kid sister, Brown brings to the fore a very different side to her as the effervescent and fearless Enola is forced to glide through the patriarchal social circles of Victorian England after her strong-willed mother, Eudoria Holmes, mysteriously goes missing one day. Enola Holmes is based the book series of the same name by Nancy Springer. The film is directed by Harry Bradbeer and written by Jack Thorne. Sam Claflin, Henry Cavill, Helena Bonham Carter, Louis Partridge, Adeel Akhtar, and Fiona Shaw appear in supporting roles.

As Enola, Millie Bobby Brown, who turned 16 earlier this year, may remind some of a young Keira Knightley who was 18 when she became a star overnight with Pirates of the Caribbean: The Curse of the Black Pearl (2003). Brown, of course, is already a star thanks to the media exposure she has been receiving over the last 4 years because of Stranger Things. For the part of Eleven, she has even received two Primetime Emmy Award nominations for Outstanding Supporting Actress in a Drama Series. But her portrayal of Enola is the perfect vehicle to catapult her into the next phase of her already promising acting career, as an adult star suited to play the leading female roles in major productions.

Now, Brown being only 16 is perhaps not yet fully ready for playing all kinds of roles, but that will change very quickly over the next couple of years once she attains adulthood. That’s precisely why Enola Holmes couldn’t have come at a better time for her. It’s really very heartening to see a 16-year-old go through an entire gamut of emotions. As Enola, Brown is able to quickly shift gears. One moment she is sullen and the next she is having the time of her life driving an old fashioned motorcar only to find herself facing a bullet the very next moment while desperately trying to channelize her inner Holmes (yes, it does indeed run in the family). Brown absolutely owns the film right from the first frame to the last and the credit must of course also go the director as well as her co-actors who support her really well.

Henry Cavill is brilliant as Sherlock Holmes (would love to see him as the super sleuth in a standalone film sometime in the near future) in every scene he appears but he never really tries to steal the spotlight away from Brown. As for Sam Claflin, he is easily the most dislikeable Mycroft that we have ever seen and that in itself is no mean feat (given how endlessly delectable the character has always been). And what can one possibly say about Helena Bonham Carter? I really doubt if there is anything that she cannot do in front of the motion picture camera. As Eudoria, she is a force to reckon with. A free spirited woman refusing to go down without a fight in a man’s world, Eudoria proves to be a great feminist role model for all times. Despite being mother to two of the most powerful men in the whole of England the manner in which she chooses to raise her daughter speaks volumes about her strength and courage. Fiona Shaw as Miss Harrison is Eudoria’s exact antithesis—an equally strong women but one who can best be described as a torchbearer of patriarchy, for she is known to break the spirits of young girls and ensure that they learn to selflessly serve their husbands and children for the rest of their lives.

Other than the brilliant performances, Enola Holmes also benefits from superb productions values that help in evoking the period really well. Adam Bosman’s editing is easily one of the major highlights of the film. Brown keeps breaking the fourth wall to directly address the audiences which gives a certain uniqueness to the narrative. This way we are never really guessing what’s in the mind of the mischievous teenager and yet there are so many occasions when her actions surprise us greatly. Enola Holmes is a fun-filled adventure that will keep you on the edge of the seat till the very end. Also, it’s neatly layered social commentary is quite relevant to our times. Enola Holmes is not a perfect film by any means and clocking at 123 minutes it is a little too long but its merits certainly outnumber its shortcomings and so I won’t be surprised if Enola is back with another adventure very soon.

A version of this article was first published in Transcontinental Times.

Readers, please feel free to share your opinion by leaving your comments. As always your valuable thoughts are highly appreciated!

People who liked this also liked…