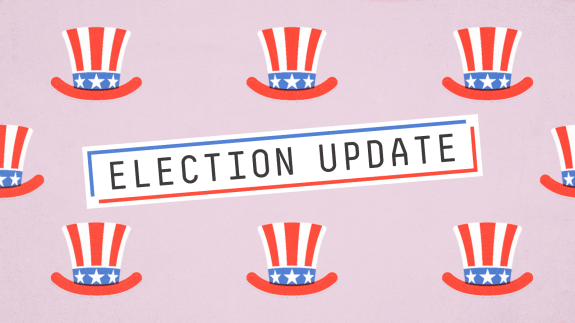 
From 30,000 feet, the presidential race looks much as it did when we first launched our presidential election forecast in August. Joe Biden has about a 3 in 4 chance of winning compared to President Trump’s roughly 1 in 4 shot, according to FiveThirtyEight’s forecast. Biden’s chances did dip down to a 2 in 3 shot after the Republican National Convention on Aug. 31, but overall, his chances of winning have hung out in the low- to mid-70 percent range. By contrast, Trump’s chances have mostly bounced around in the mid- to high-20s.

But underneath the topline numbers, there has still been some fairly big movement in a handful of key battleground states, and the news has been mostly good for Biden. If we look at how much Biden’s odds have changed in states where both he and Trump have at least a 1 in 10 shot of winning since we launched the forecast on Aug. 12, Biden has improved his chances in 17 of 20 states. And in some cases, Biden’s improvement has been considerable — +15 percentage points in Minnesota, +12 points in Arizona and +10 points in Wisconsin, for instance. By comparison, Trump’s odds have really only improved in Florida, although he hasn’t lost much ground in states such as Georgia and Ohio, which may signal that Biden’s electoral gains will not be that expansive. (Trump still leads in Texas, for instance, despite Biden’s improvement there.)

But Biden’s improvement in Arizona is particularly noteworthy as Arizona is a cornerstone of most Electoral College maps in which Trump wins. That is, if Trump carries the state, he wins the election 59 percent of time, according to our forecast; but if Biden wins Arizona, Trump has less than a 7 percent chance of winning overall. And three polls released in the last few days show Biden ahead in the Grand Canyon State, although by varying margins. A CBS News/YouGov poll found him up by 3 points while a Gravis Marketing survey gave him just a 2-point lead over Trump. But an OH Predictive Insights poll gave Biden a much larger 10-point advantage, 52 percent to 42 percent.

Meanwhile, Biden’s improvement in Minnesota is also bad news for Trump, as the campaign has long viewed Minnesota as a potential target to expand the map — the president only lost the state by about 2 points in 2016. However, Minnesota seems to be steadily moving away from Trump. An ABC News/Washington Post survey released today gave Biden a sizable 16-point edge, 57 percent to 41 percent, among likely voters. And two separate polls released this weekend by CBS News/YouGov and the New York Times/Siena College each found Biden ahead by 9 points in Minnesota, 50 percent to 41 percent. Still, a Morning Consult survey released yesterday might buoy the Trump campaign’s hopes of breaking through in Minnesota, as it put Biden’s lead at only 4 points. And Trump is doing better in Wisconsin, although he’s still an underdog there as recent polls suggest Biden has a fairly sizable advantage. A CNN/SSRS survey released yesterday gave Biden a 10-point lead, while an ABC News/Washington Post survey out today gave Biden a 6-point edge. And this past weekend, the New York Times/Siena College found Biden up by 5 points there.

Florida is the only battleground state where Trump’s odds have increased appreciably, but that’s an important silver lining for the president, as winning Florida is make or break for Trump’s chances of winning the election. If Trump wins the Sunshine State, he wins the presidency in 57 percent of our forecast’s simulations, while a Biden win there would give Trump less than a 2 percent shot at victory. And at this point, Florida polls continue to give Trump a decent shot at winning the state, although they haven’t been universally positive. Perhaps most notably, a poll released on Tuesday by Monmouth University found Biden up by 3 to 5 points among likely voters, depending on turnout. However, another poll out yesterday from Florida Atlantic University found the two candidates tied in a dead heat at 50 percent after undecided voters were pushed to pick a candidate, so at this point, Florida remains ultra-competitive with Trump gaining ground there.

Trump’s chances haven’t improved much elsewhere, but it’s worth noting that his standing hasn’t really worsened in a couple of right-leaning battleground states that Democrats have eyed, like Georgia and Ohio, either. That’s important for Trump because not only would losing either state dramatically hurt his chances of winning overall (Trump would have about a 1 percent chance of winning if he lost in either one), but it also signals that this election might not be a blowout where Democrats turn states like Georgia and Texas blue.

Bottom line: The broad electoral picture hasn’t changed much since we launched the forecast in mid-August, but we’ve observed some real changes in a number of key battleground states. The problem for the president is that most of those shifts have been to Biden’s benefit, except for the all-important state of Florida. Trump very much remains in contention, but he is an underdog for reelection at this point.