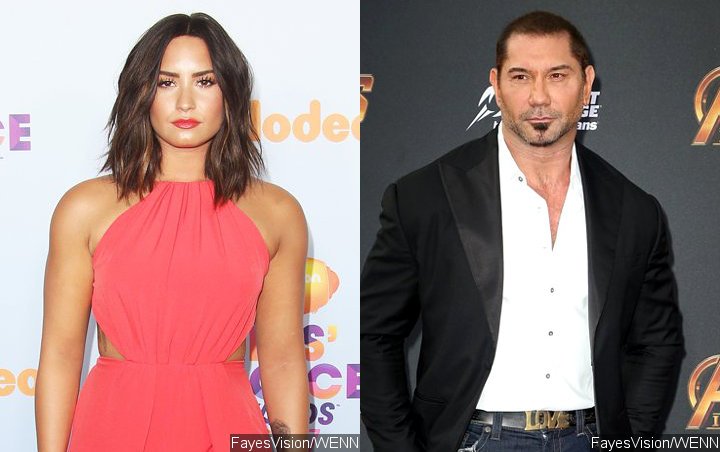 
Despite how close the race between Joe Biden and Donald Trump has been, the 28-year-old singer shares on Twitter that she will remain hopeful for the results for the presidential election.

AceShowbiz –
As votes continue to be counted accross the U.S. following the presidential election, some celebrities have taken to social media to voice their disappointment at how close the race between Democrat nominee Joe Biden and Republic nominee Donald Trump has been. Among them was Demi Lovato, who admitted to be “terribly sad” over it.

“Kind of terribly sad how close this election was,” the “Heart Attack” hitmaker wrote on Twitter on November 4. “After this year and especially this summer it should’ve been a landslide. I don’t get it. Truly.”

Despite that, the 28-year-old singer shared in a follow-up tweet that she would remain hopeful for the results. “I’m not losing hope. My faith is strong. Just very disappointed at how close this is. Like…. really y’all?” she added.

Echoing the sentiment was actor Dave Bautista. The “Guardians of the Galaxy” star commented on Don Winslow‘s tweet which read, “Take a minute to stop and realize 65 million people knew everything we know about Donald Trump and voted for him anyway. We got big problems in this country.” Agreeing with the statement, Dave called it “the horrible truth.”

Meanwhile, journalist Jemele Hill added, “While we can analyze the uptick of support in certain ethnic groups, the story of this election is that the majority of white people chose to protect and enable white supremacy over what was best for the country. They chose racism, and cruelty.”

Marvel star Mark Ruffalo then claimed in a tweet that “America is suffering a soul sickness.” He continued, “We have to understand the divisive and violent character of this nation. Repair and Heal the genocide and slavery that we are also founded upon. Give those things their proper place and honor so that we can become whole.”

Celebrities took to social media to voice their disappointment at how close the elections race is.

Criticizing those who voted for Trump, John Cusack said, “It says many people don’t mind & actually prefer to publicly endorse fascism rascism & sadism & being ritually humiliated by a shit eating nazi – they are voting FOR COVID.” He went on to write, “fact this is close is an utterly damning portrait of decadence & decay : these aren’t votes for policies or ideologies – They are votes for a man who’s mentally ill & killing people in a pandemic & a child abducting rapist & rascist – soul of USA is deathly sick. Win & heal.”

Comedian Kathy Griffin, who has been public about her being against Trump, also chimed in the conversation. Slamming the bussinessman-turned-president, Kathy wrote to her followers, “It’s not just that trump corrupted the election exactly the way he said he would, post office etc, it’s that 66 million + of my fellow Americans happily voted FOR. Racism. Sexism. Qanon insanity. Pandemic denial. Kids in cages. Voter suppression. Church over State. Climate disaster.”

Josh Gad was among the critics.

Josh Gad added, “There can be two truths. Biden IS going to win this thing AND America has shown itself to be dangerously racist, pathetic and more willing to vote for hatred than their own lives. But at least we will get to fight another day. #CountAllTheVotes.” As for Trixie Mattel, the drag queen seemed genuinely confused, asking, “After the last four years, how is this even close?”