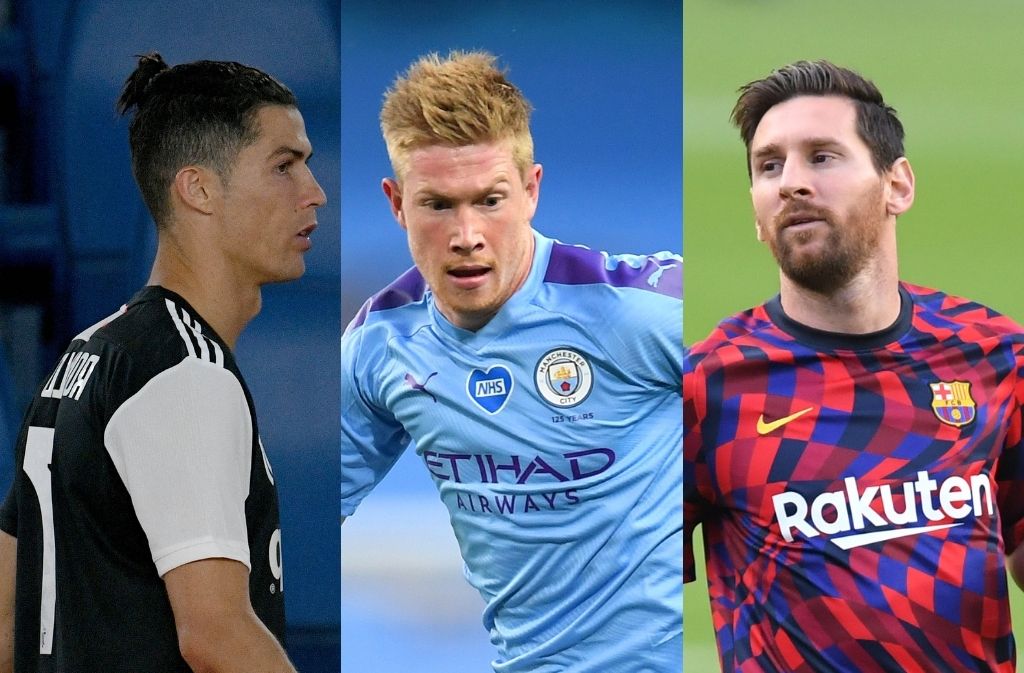 
Jamie Carragher has argued that Kevin De Bruyne deserves the right to be called the third-best player in the world at present.

Manchester City is filled up to the brim with talent and selecting any one player as the best in the team would probably be unfair to the others.

But if there’ one player who has been central to their success over the past few years is Kevin De Bruyne.

De Bruyne is most often than not found at the center of all the good things for Man City and most of the team’s activities in a match go through him.

A whopping 90 assists and 50 goals in 223 appearances for 29-year old during his five years with the Citizens so far only goes on to support the aforementioned statement.

Neymar and Robert Lewandowski are generally considered as the world’s best players after, of course, Cristiano Ronaldo and Lionel Messi. However, Jamie Carragher insists it is the Belgian playmaker who ranks just below the two living legends.

“When we talk about the best players in the world, I would say De Bruyne, right now, I would put him top of the second band of players behind Lionel Messi and Cristiano Ronaldo.

“The numbers he gets with assists and goals, I just think he’s a manager’s dream. He can play in the [No] 10 position, right of a three, and Roberto Martinez plays him central midfield for Belgium.”