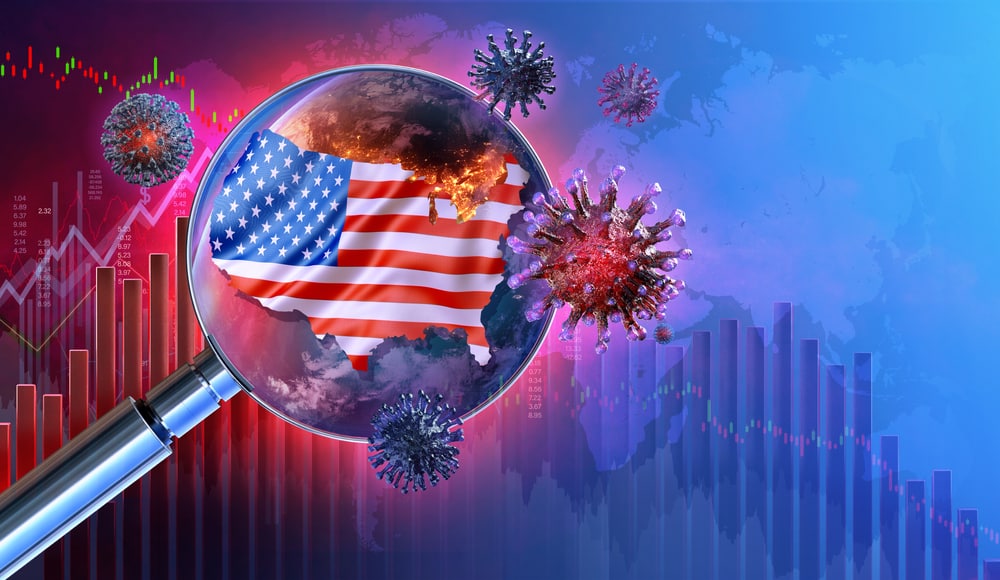 
Economic News: For six months now, the United States of America has maintained the stay-at-home orders due to the Covid-19 pandemic.

Orders helped slow down the spread of the virus but resulted in an economic failure much worse than the Great Depression.

Life has not gone back to what it was during the pre-covid times despite reopening businesses and learning institutions. Learning is conducted in a balance between online and in-person sessions. One cannot appear in public without a mask in many states. Social distancing means that hotels cannot operate in their full capacity. Football matches are accompanied by stimulated noises as fans cannot go to the stadiums.

We have no idea when it will be safe enough for a full economic recovery.

The worst economic low was in April. According to the CNN Business and Moody’s Analytic Estimates’ Back-to-Normal Index, we are currently operating at 76% of where the economy was before the pandemic.

The most current performance indicates that the index dropped slightly, meaning it might take longer to recover.

The Back-to-Normal Index consists of 37 economic indicators. It showed that during the worst low period in April, the US economy performed at 59% of what it was in early March before the pandemic.

In May and June, the infection began reducing, causing some states to begin relaxing businesses’ restrictions. This caused the unemployed numbers to drop, and the Back-to-Normal Index improved.

It reached a high of 80%, but things began to deteriorate once coronavirus numbers increased in some places, causing those states to renege on plans to reopen. This means that recovery will not be a linear one.

Things are not easy for the American people. Claims for the unemployed are on the rise weekly. The sectors most hit are travel, leisure, and hospitality, while others like stocks, housing, and e-commerce seem to be doing well.

Apple, Amazon, Microsoft, Alphabet (Google Owner), and Facebook stocks pushed up the S&P 500 in August, which then dropped slightly in September. Only the rich (billionaires) benefit when stocks improve because that is where most of their wealth lies.

Many people are working from home. That, coupled with low-interest rates, has forced them to move to more affordable homes outside the urban areas causing the housing market to boom.

At the end of the second week of September, fewer mortgage applications were made, meaning this boom is uncertain.

Restriction of movement means that shopping is done online. Those sales are now beyond their pre-pandemic numbers. On the other hand, store retailers are still struggling, and many have been forced to close permanently.

Zandi says that the more the businesses fail, the longer it will get to get back to normal.

Where do we go from here?

The road to economic recovery will be extended unless the virus numbers reduce, and appropriate financial policies are implemented. According to Zandi, America will achieve full employment only in the second half of 2023.

Corona cases are increasing even as we move into the cold season in which the flu thrives. According to economists at Goldman Sachs, lawmakers are unable to agree on another stimulus package, which might lead to a further fall in economic growth.