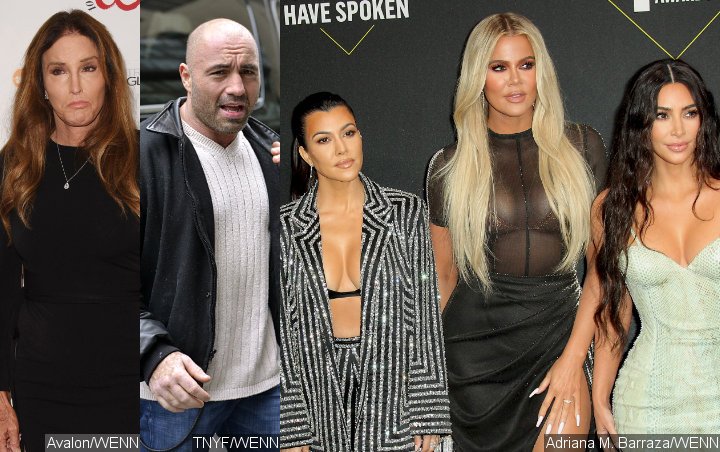 
The former Olympic champion, who transitioned to woman in 2015, addresses the comedian’s 2016 jokes in which he said that Cait made the decision because she lived with ‘crazy b****es’ for too long.

AceShowbiz –
Caitlyn Jenner isn’t done ripping down Joe Rogan over his old comments about her transition and the women of the Kardashian-Jenner family. The former Olympic champion, who transitioned to woman in 2015, addressed the comedian’s 2016 jokes in which he said that Cait made the decision because she lived with “crazy b****es” for too long.

“It’s not a joke. It’s very serious stuff,” the reality star shared on TMZ Live on Wednesday, September 16. She went on to add, “I just feel like Joe Rogan has a lot to learn.”

She also didn’t hesitate to label Joe as “homophobic” and “transphobic a**.” Cait continued, “He does this all the time. My daughters have obviously done extremely well. He’s gotten his fame by putting other people down and making jokes about it. My family has done it through hard work.”

When asked about Joe’s argument about her transition, the 70-year-old responded, “It’s not even close. I’ve been gender dysphoric my entire life. Once I got to the point in life where my kids were raised, and they’re all doing well, [I said] maybe I could live the remainder of my life authentically. And it has been the most wonderful experience I ever had.”

Prior to this, Cait blasted Joe in a now-deleted Instagram post after she caught wind of a recent episode of “The Joe Rogan Experience” podcast, in which Joe Rogan discussed his shade towards the family back in 2016. Caitlyn defended Kim Kardashian, Khloe Kardashian, Kourtney Kardashian and ex-wife Kris Jenner, adding that Joe’s comments only damaged the trans community.

In the comedian’s Netflix special “Triggered”, Joe said that Caitlyn transitioned to a woman because she lived with the Kardashians and Kris Jenner for too long. “Maybe if you live with crazy b****es long enough, they f***ing turn you into one,” Joe said at the time.