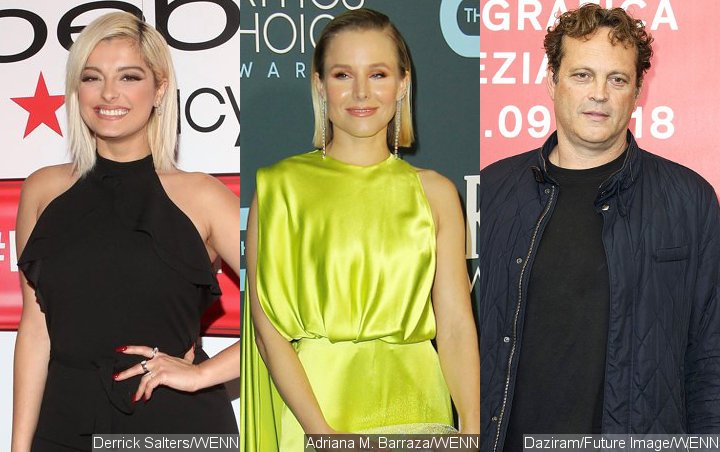 
Having lent her voice to animated 2019 movie ‘UglyDolls’, the ‘Meant to Be’ singer will make her live-action acting debut as a computer hacker in the counterfeit coupon comedy.

The movie, developed by production bosses at STXfilms, is inspired by real-life events and chronicles the largest couponing controversy in American history.

Bell will play a suburban housewife who attempts to regain control of her life by starting a fake coupon club, through which its members end up scamming millions from food company bosses.

Rexha has been cast as a computer hacker in “Queenpins”, which will be co-directed by the project’s screenwriters, Aron Gaudet and Gita Pullapilly. AGC Studios and Marquee Entertainment are behind the movie with AGC’s Linda McDonough and Red Hour’s Nicky Weinstock producing. Meanwhile, AGC Studios chairman Stuart Ford and Miguel A. Palos, Jr. serve as executive produces alongside Ben Stiller and Breean Solberg of Red Hour.

In a statement, STX chairman Adam Fogelson says, “This is a perfect film for Bebe to be making her live-action film debut. She’s an incredible talent and international superstar and we love her for this role as Tempe Tina, an eccentric computer hacker who helps our heroines with their coupon scam. We know she will add so much fun, talent and personality to this cast.”

Ben Stiller will be one of the executive producers of the movie.