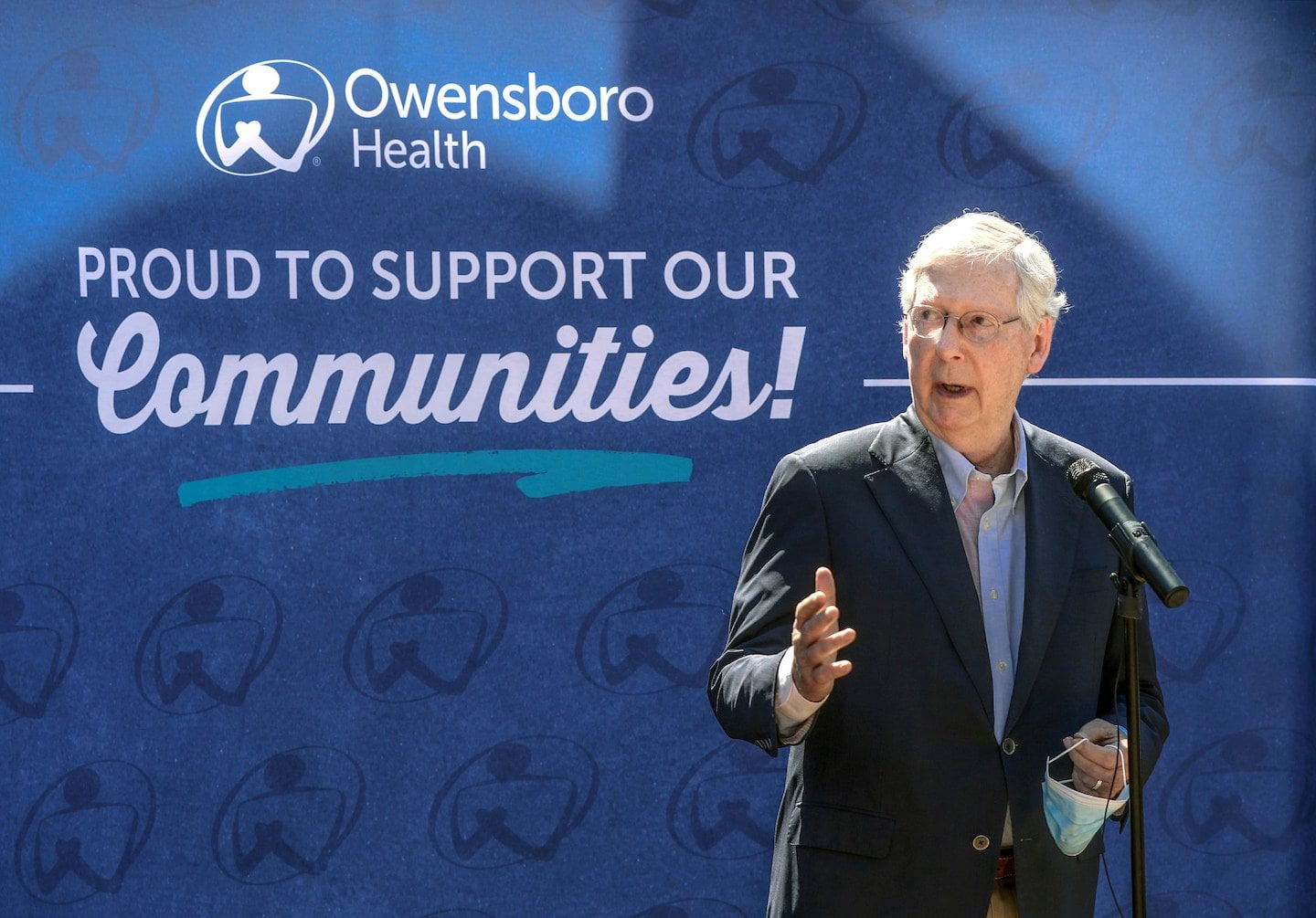 
Anyone want to bet me that ye olde psychopath Mitch McConnell is going to win?
Hell, I bet in a week or two, Mr. Strangulation Guy simply doesn’t resign, and people in the Kentucky State house go, “Meh.”

It’s flippin’ Kentucky, people. I come from Indiana, the state that was literally owned by the KKK so bad in the 30’s they had to send the FBI in on them, and I think Kentucky is backwards and scary. I go to West Virginia, and find more tolerant people there.

Bless the Kentucky Democrats. Fighting losing battles against Fox News and old women with Virginia Slims in their mouths at the polling line. I respect them the most. Let there be no confusion. They’ve put up a fight, and no matter what person they put up against Mitch, they lose. Mitch “he may be a bastard, but he’s OUR bastard” McConnell. I’m assuming that the next person that loses to Mitch is a woman that has five nobel prizes, reversed global warming, and cured lung cancer…. but she fucked up on the tobacco farmer subsidies, you know, because ‘she’s against tobacco.’